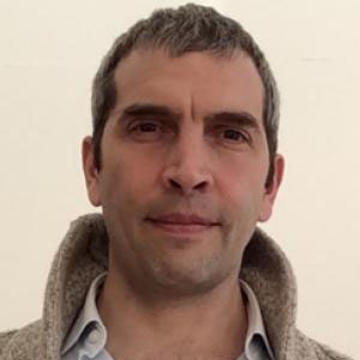 Our research comes under the broad heading of the chemistry of Carbohydrates and Proteins. The reactions and manipulation of sugars and proteins have fascinated organic chemists for over a century and this work is culminating today in a host of new drugs for treating diseases.

It is becoming increasingly clear that oligosaccharides (carbohydrates in small clusters) and alterations in proteins (modifications) are examples of chemically complex biological markers that act critically in important extracellular and organismal processes such as immune response, microbial infection, cancer metastasis and cellular adhesion, inflammation, in addition to vital intracellular communication events such as epigenetics and signalling cascades. Their remarkable structural diversity means that they can often mediate highly specific and therefore complex processes. The application of an understanding of such systems on a fundamental level leads to the design, synthesis and modification of potential therapeutic and biotechnologically applicable systems.

In January 2004 we moved from the Dyson Perrins Laboratory to the Chemistry Research Laboratory. From 2021 we are also jointly based at the Rosalind Franklin Institute.

Our research is supported by the EPSRC, the BBSRC, the MRC, the EU, Novo Nordisk, UCB, Janssen, GlaxoSmithKline, Lab282, Cancer Research UK, the Wellcome Trust and the Royal Society.

Ben Davis got his B.A. (1993) and D.Phil. (1996) from the University of Oxford. During this time he learnt the beauty of carbohydrate chemistry under the supervision of Professor George Fleet. He then spent 2 years as a postdoctoral fellow in the laboratory of Professor Bryan Jones at the University of Toronto, exploring protein chemistry and biocatalysis.

In 1998 he returned to the U.K. to take up a lectureship at the University of Durham. In the autumn of 2001 he moved to the Dyson Perrins Laboratory, University of Oxford and received a fellowship at Pembroke College, Oxford. He was promoted to Full Professor in 2005. In late 2019 he became the Science Director for Next Generation Chemistry at the Rosalind Franklin Institute.

In 2005 he was elected the UK representative and Secretary (2005-2013) of the European Carbohydrate Organisation and from 2011-2014 the President of the RSC Chemical Biology Division.

Ben Davis was/is co-founder of Glycoform, a biotechnology company that from 2002-2011 investigated the therapeutic potential of synthetic glycoproteins; of Oxford Contrast, a company investigating the use of molecular imaging for brain disease; of SugaROx, a company that uses bond-breaking methods in plants to control and stimulate plant growth and productivity and of Scindo, a cleantech company started by former DPhil student Gustaf Hemberg that is harnessing the power of enzymes to recycle the unrecyclables. In 2003 he was named among the top young innovators in the world by Technology Review, the Massachusetts Institute of Technology (MIT)'s magazine of innovation in the TR35 awards and was a finalist in the BBSRC Innovator of the Year competition in 2010.

He was elected to the Royal Society in 2015.

At the Department of Pharmacology