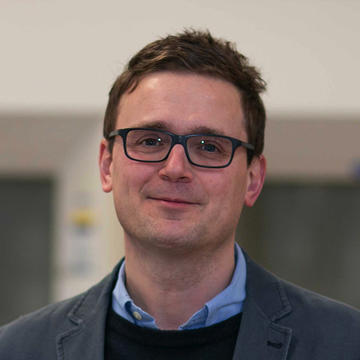 We are a research group with an interest in synthetic inorganic chemistry. Our research involves the design of novel catalysts and of new chemical building blocks for the synthesis of molecules and materials. Our interests range from traditional coordination chemistry to the chemistry of nanometric molecular systems, and we are particularly fascinated by compounds which fail to obey conventional bonding paradigms. A selection of our active research areas are summarised below:

A large part of our research focuses on mapping the reactivity of highly unusual compounds of the main-group elements. For example, our group has pioneered the study of phosphorus-containing analogues of the cyanate and cyanide ions (OCP− and CP−) and their use as precursors to new molecules and materials. One active area of study is the use of the cyaphide ion, CP−, for the design of novel coordination polymers such as Prussian Blue analogues, which have a myriad of applications in catalysis, as battery components and in designer magnetic materials.

We are interested in developing well-defined molecular models of transition-metal/main-group element alloys in an effort to model structure and probe reaction mechanisms. Our focus is on late transition metals supported on main-group element clusters, given that cluster-like moieties are postulated to exist in liquid metal alloys. These studies are of importance is designing new soluble alloys that can mimic the applications that liquid metal alloys have found in catalysis (alkane dehydrogenation, particularly), flexible electronics and the synthesis of new materials. We have recently pioneered the use of Zintl cluster-supported transition metals for use in catalysis.

Recently, we reported a phosphorus (III) complex that is able to oxidatively add H–X bonds at room temperature, including NH3 and H2O. Ammonia is a notoriously difficult substrate for transition metal-catalysed processes due to the strong tendency to form Werner-type complexes, preventing further functionalisation of the amine ligand. Therefore, main-group element-based activation of ammonia is of great interest. These results offer the possibility of metal-ligand co-operative reactivity, or further fine-tuning of the ligand structure for transfer of ammonia to unsaturated organic substrates.

We are interested in the reactivity of unusual heteroatomic multiple bonds (i.e. bonds between two different elements that are typically difficult to access). Multiple bonds involving heavier elements of the p-block are rare due to ineffective pπ−pπ orbital overlap, resulting in the tendency for oligomerisation and decomposition. We have recently developed a novel route to molecules with Ga=P and Al=P bonds. These species exhibit unusual reactivity and can be used to trap carbon dioxide or to activate the N−H bond in ammonia. Our current goal is to explore the reactivity of such compounds in catalysis.

Jose M. Goicoechea is a Professor of Chemistry at the University of Oxford and one of the Associate Directors of the Oxford Inorganic Chemistry for Future Manufacturing Centre for Doctoral Training (OxICFM CDT). He leads a dynamic research group focused on the design and synthesis of novel compounds based on environmentally abundant main-group elements (e.g. aluminium, silicon, phosphorus). This work ranges from purely fundamental studies (such as the synthesis of elusive small molecules and reactive intermediates), to more applied fields (catalysis and materials science). Prior to being appointed at Oxford, he was a postdoctoral researcher at the University of Notre Dame (2003−2006) where he worked under the supervision of Professor Slavi Sevov on anionic main group clusters (Zintl ions). He carried out his Ph.D. and undergraduate degrees at the Universities of Bath and Zaragoza, respectively, the former under the supervision of Professor Michael K. Whittlesey. His work has been recognised by several prizes and awards, including the Humboldt Friedrich Wilhelm Bessel Research Award (2020), the RSC Main Group Chemistry Award (2018), and an ACS Organometallics Young Investigator Fellowship (2014). Research by the Goicoechea group has featured in over 110 publications in leading journals (Nature, Nature Chem., J. Am. Chem. Soc., Angew. Chem., Chem. Sci. etc.). Several of these papers have been the subject of highlights in publications such as Science, Chemical and Engineering News, Chemistry and Industry, and Angewandte Chemie.