Ineos, one of the world’s largest manufacturing companies, and the University of Oxford are launching a new institute to tackle the growing worldwide problem of antimicrobial resistance.  The Ineos Oxford Institute (IOI), funded by a £100 million donation from Ineos, will link the Departments of Chemistry and Zoology to create a cross-disciplinary institute for research and drug discovery that will tackle one of the most pressing issues of our time.  Antimicrobial resistance (AMR), which is caused by misuse and overuse of antibiotics, currently contributes to an estimated 1.5 million excess deaths each year and could lead to over 10m deaths per year by 2050. 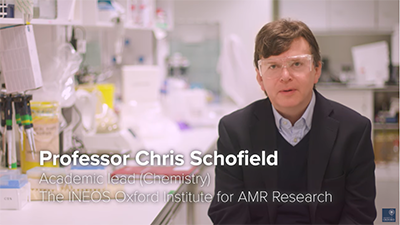 Professor Chris Schofield, Chemistry Academic Lead for the IOI, said:  "Clinical practice has been maintained by common use of antibiotics. In fact there are very few classes of antibiotics, approximately half a dozen that are really important. All of those are compromised by resistance mechanisms now."

Surgeon David Sweetnam, Adviser to the IOI, explained: “If antimicrobial resistance becomes widespread, we will return to what is only referred to as the pre-antibiotic era - where a simple urinary tract infection or a simple cut leads to death. I think it is our job to make sure the unthinkable doesn’t become the inevitable."

To tackle this global threat, researchers at the IOI will work to design new drugs and find ways to better manage the use of existing ones. Most global antibiotic consumption by volume is in agriculture, and drug use in animals contributes significantly to decreasing antibiotic effectiveness in humans.  The IOI will therefore focus on designing novel antimicrobials for animals, as well as exploring new drugs for humans.  The Institute will also form partnerships with other global leaders in the field of antimicrobial resistance to raise awareness and promote responsible use of antimicrobial drugs and will seek to attract and train the brightest minds in science to tackle this 'silent pandemic'.  The Institute will be based between two sites in Oxford - the Department of Chemistry and the Department of Zoology in the new Life and Mind building that is currently under construction.

Commenting on the £100m gift from Ineos, Professor Louise Richardson, Vice Chancellor, said: “This is a wonderfully generous gift for which we are very grateful. It is another example of a powerful partnership between public and private institutions to address global problems. Oxford played a crucial role in the early development of antibiotics so it is only appropriate that we take the lead in developing a solution to antimicrobial resistance.” 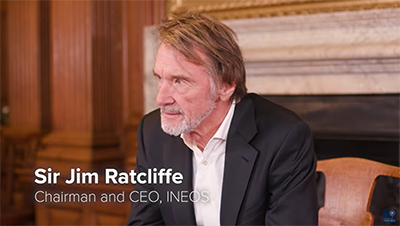 Sir Jim Ratcliffe, Chairman of Ineos, said: “Innovative collaboration between industry, academia and government is now crucial to fight against AMR. Ineos in its 22 years has become the largest private company in the UK, delivering large-scale, ambitious technical projects with impactful results. We are excited to partner with one of the world’s leading research universities to accelerate progress in tackling this urgent global challenge.”

The IOI is now beginning the process of recruiting core staff and academic researchers to ramp up its activities and take forward its crucial research. A website and series of communications initiatives will be launched in the coming weeks. In the interim, any enquiries about the Ineos Oxford Institute can be sent to ineosoxford@zoo.ox.ac.uk.