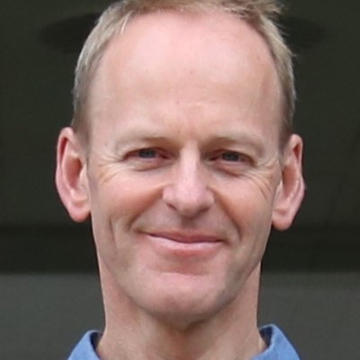 The Robertson group pursues natural product synthesis problems that promote the invention of new synthetic strategies and methodologies, provide stringent tests of newly-developed methods, and generate synthetic analogues for collaborative projects requiring compounds with a specified biological activity. Particular areas of focus include targets with relevance to cancer chemotherapy, neurodegenerative disorders, and cognition. Within this, we investigate a diverse range of mechanism-based hypotheses in order to discover new chemistry and gain insights into reaction selectivity and efficiency. We are especially interested in strategic applications of enzymes in synthesis, furan chemistry, free radical and electron transfer mediated processes, pericyclic cascades, and catalysis for complexity generation.

Chemoenzymatic synthesis
Our group’s synthetic chemistry expertise led to the discovery of deltaG®, a nutraceutical and the first of a new food group with applications for improved athletic endurance and cognitive function. Enzymatic approaches – lipase-mediated transesterification and asymmetric reduction with an alcohol dehydrogenase – proved crucial in providing access to large quantities of enantiomerically-pure product for toxicity and efficacy testing by TdeltaS, a spin-out company from the Department of Physiology and Genetics. This interest in employing enzymes in synthesis became united with our pursuit of free-radical methods (see below) through a major collaboration with Luet Wong’s group to explore the ability of their P450BM3 enzymes to effect regioselective and stereoselective C–H hydroxylation including at chemically unactivated positions. This work has applications in natural product synthesis, the production of chiral starting materials and intermediates, and in underpinning medicinal discovery chemistry. Current synthetic targets benefiting from this chemoenzymatic approach include herbicidal furanosteroids, fragrance terpenes, anti-dementia drugs, and terpenes and alkaloids for cancer chemotherapy. Translational applications of this collaboration are being pursued at the Oxford Suzhou Centre for Advanced Research in China where we currently have a joint research team of five post-doctoral research scientists.

Furans: their synthesis and versatility as synthetic intermediates
We have expanded the possibilities of furan oxidations by developing spirocyclising variants of the Achmatowicz reaction (cf. Bohlmann cyclisation) to afford butenolide spiroacetals with applications to the synthesis of lituarine C, pyrenolide D, the sawaranospirolides, and Chrysanthemum enediynes. Electron transfer variants initiated by DDQ gave access to homo-tonghaosu and related natural product structures. Analogous reactions with amine-bearing side-chains generated spiro-N,O-acetals as key intermediates in syntheses of pandamarilactone-1 and the core of hederacines A and B. The structure and biological role of HEFS, a so-called drilodefensin that enables earthworms to digest otherwise toxic leaf litter, was confirmed by unambiguous total synthesis.

Free radicals and other reactive intermediates
Our group established 1,5-hydrogen atom transfer and 5-exo-trig cyclisation as a route to pyrrolizidine alkaloids. Radical macrocyclisation, combined with one of the earliest applications of ring-closing metathesis as a route to aromatic heterocycles, underpinned a formal synthesis of roseophilin. We showed that intramolecular azide-allene cycloadditions generate azatrimethylenemethane (ATMM) diradicals that can be trapped to form the tetracyclic core of cytotoxic guanacastepene terpenes such as radianspene J. In related work, mechanistically connected to the ATMM project, allenes were shown to react with tethered rhodium(II) nitrenoids to give methylene aziridines and aminocyclopropanes.

Further synthetic methodology and total synthesis projects
Over the years, our group has introduced a variety of strategies for the production of stereochemically defined arrangements of oxidised functionality in acyclic, alicyclic, and heterocyclic systems: silicon tethered ene cyclisations and silatropic ene reactions; asymmetric synthesis of alkyl cyclopentenones; transacylation from hydroxylated lactams to aminolactones; pyrrolidinones via spiro-N,O-acetals; models to rationalise the L-Selectride reduction of 4-acyl-1,3-dioxolanes; Rh(II)-catalysed oxyamination. New cascade reactions and skeleton-building processes include: spirocyclic beta-lactams from diphenylketene and isocyanides; the Claisen rearrangement of bicyclic enol ethers; azide cycloadditions to halogen- and alkoxy-substituted alkenes; annulation/fragmentation/spirocyclisation routes to the fawcettimine core. Total syntheses not mentioned above include the polymerase B inhibitor taurospongin A, isoaltholactone, and the bacterial pyrrolizidines NP25302 and legonmycins A and B.

Jeremy Robertson is Professor of Chemistry at the University of Oxford within the Department of Chemistry, and Fellow and Tutor in Organic Chemistry at Brasenose College. As an undergraduate in Chemistry at Oxford he worked with Laurence Harwood on cycloaddition chemistry in early-stage development work for the synthesis of daphnane and tigliane diterpenes; this instilled a career-long interest in both furan chemistry and natural products. He stayed in Oxford for doctoral research with Sir Jack Baldwin, working on homolytic ring-expansion reactions, then spent two years at Columbia University in New York with Gilbert Stork tackling a variety of routes to taxol.

Upon returning to the UK in 1992, he initiated an independent research programme to develop new synthetic methods within the context of natural products and biologically active compounds. Over the years he has driven University-wide initiatives connecting mainstream synthetic chemists with biomedical groups, particularly those with a research focus in cancer: Oxford’s joint CR-UK-funded Cancer Medicinal Chemistry doctoral programme (from 2006); co-founder of OxSynC (Oxford Synthesis Connections, in 2011); project co-ordinator and PI of the Oxford Innovative Organic Synthesis for Cancer Research IDP (from 2013). A collaboration with Kieran Clarke (DPAG, Oxford) and Richard Veech (NIH, US) led to the discovery and eventual marketing of deltaG®, a nutraceutical, leading indirectly to ongoing research with Luet Wong both in Oxford and at the Oxford Suzhou Centre for Advanced Research (OSCAR) on harnessing engineered cytochrome P450 enzymes as selective oxidation catalysts.