An optimal solution to controlling spins

An optimal solution to controlling spins

Nuclear Magnetic Resonance (NMR) spectroscopy is arguably one of the most sophisticated spectroscopic techniques ever developed to help characterise chemical compounds.

A staple in all chemistry departments, it offers a detailed look at the occurrence of atoms within a structure, including information about how many of a particular atom appear and their positions relative to one another. One of the more common spectra produced are those for hydrogen atoms. Spins (protons in this case) are placed in a strong magnetic field and can be manipulated (flipped) using pulses, which are a form of energy provided to the system. Radio wave pulses are used for NMR and microwave pulses for ESR (electron spin resonance, which is similar to NMR but looks at unpaired electrons instead). The change in energy associated with flipping the spin will give rise to a peak on the spectrum.

A hydrogen spectrum is relatively straightforward to produce since the range of frequencies containing information about different atomic environments is quite small and the pulse required to achieve a flip can be provided quite easily. However, for atoms such as fluorine this is more challenging as the information about chemical environments is spread over a wider range of frequencies than can be covered at once by conventional pulses. As such, the current technique is to do multiple pulses over a number of different frequencies to cover the whole range and build up the spectrum step-by-step.

Atoms which reside in this area require the use of a technique called Ultra-broadband NMR and ESR, and research in this remit is carried out by the Foroozandeh group at The University of Oxford. Leader of the group, Dr Mohammadali Foroozandeh, explains that being able to accurately record spectra for (in particular) fluorine can be tricky to carry out but is very important to do, especially to pharmaceutical companies such as AstraZeneca, with whom the group have an ongoing collaboration: “about 40% of drugs commercialised by AstraZeneca are fluorinated.. so quantifying fluorine NMR spectra is very attractive for impurity analysis.. But the conventional pulses we use for everyday NMR don’t work on fluorine”. As such, the group aims to develop pulses which could be capable of being applied once but would cover the entire range of frequencies that fluorine is sensitive to, thereby enabling a more straightforward method of producing a fluorine spectrum without the need to piece together different parts, “the idea is that you can have a pulse that can cover the whole range of frequencies that the molecule can have, and you can use it for very accurate quantification.” The ultimate conclusion of generating pulses for atoms such as fluorine is a big challenge but the group are on the way there as shown by their recent paper in the Journal of Chemical Physics for an ESR equivalent entitled ‘Chirped Order Pulses for Ultra-broadband ESR’.

One of the ways to design these pulses is to use the concept of Optimal Control, and Mohammadali explains that the idea is “you have a system and some tools to control the dynamics of that system.. [and] when you have control [of the dynamics] you can actually change the system from one state to another”. To make this change, spins with different frequencies, caused by the initial pulse, can take different trajectories, but as long as they start and end in the same place this does not matter. This is shown in the accompanying figure: the spins all start along the z-axis and the different coloured lines represent the (varying) spin trajectories, but they all end their journey in the same place (along the y-axis). An example of the group’s very recent work conducted on this topic has been published in Automatica, entitled ‘Optimal Control of Spins by Analytical Lie Algebraic Derivatives’. 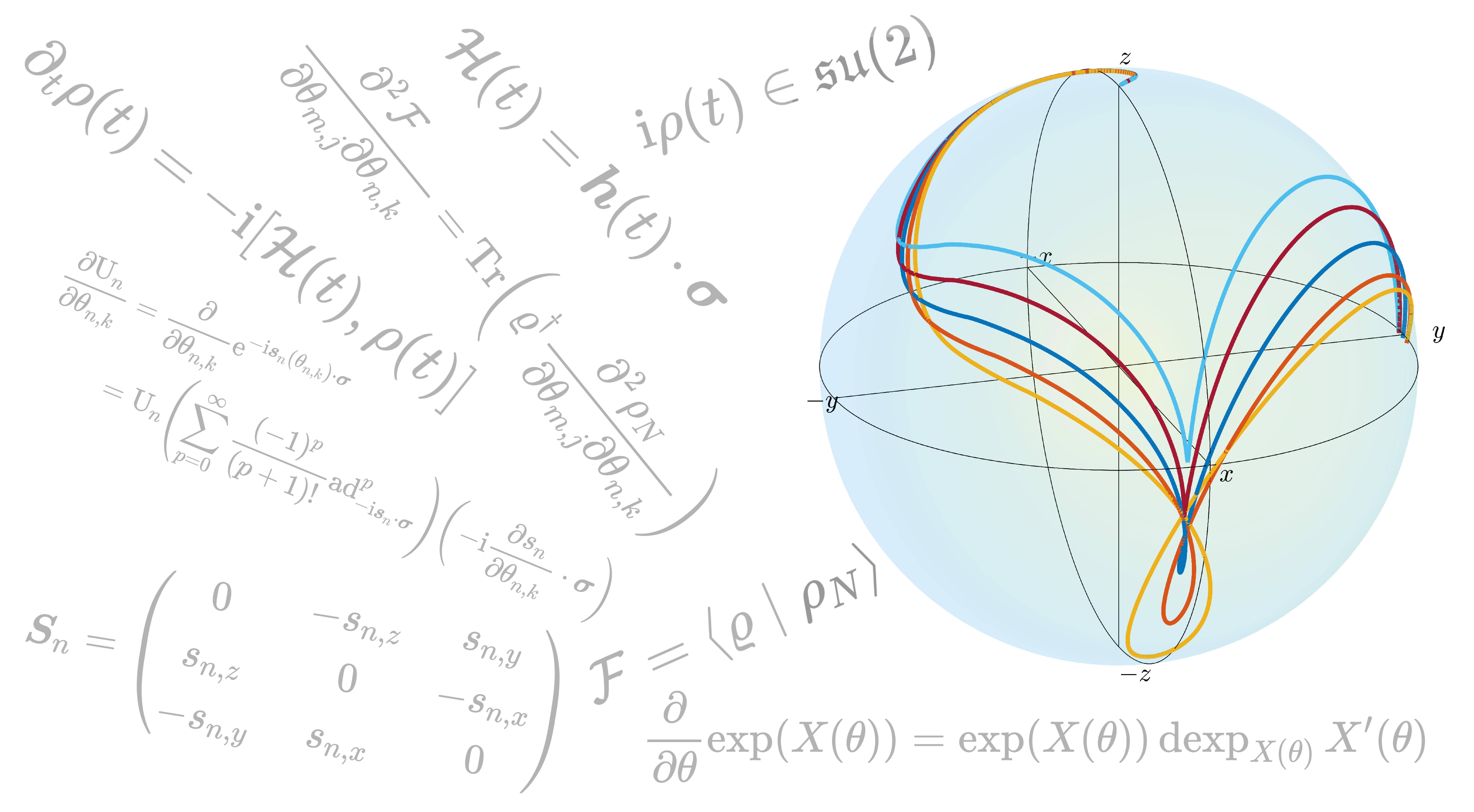 Another major current interest of the group is actually an attempt to design new magnetic resonance spectroscopic techniques using quantum sensors, as alternatives to the conventional NMR and ESR. Success in this field could address many challenges involved in magnetic resonance. As Dr Foroozandeh explains, conventional NMR does have some drawbacks since carrying out an analysis “requires a considerable amount of sample…, [you] need a very strong magnetic field and it has other issues such as needing liquid nitrogen and helium which are not environmentally friendly.” The concept is relatively straightforward in theory, one carbon atom in a diamond is replaced by nitrogen and doing so makes the diamond incredibly sensitive to changes in magnetic fields, and you can detect not only what is in the sample but also where it is. Using this technique, Mohammadali explains that “the idea is you can push the boundaries of resolution to cellular and eventually molecular level”. But what makes this particularly exciting is that building such a device would be a first in Oxford and would be one of the very first in the UK.

Dr Foroozandeh leads a group which are working on a variety of new and exciting developments in this field and hopefully, in a few years, techniques such as those covered here will be as prominent and standard in chemistry as NMR is now.

Article by Hannah Fowler.  Many thanks to Mohammadali Foroozandeh for help with this article.