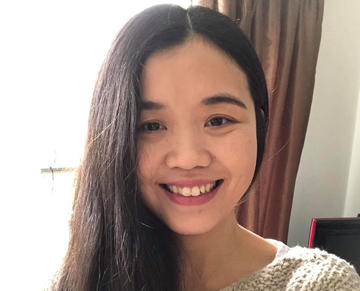 Dr Linna Zhou from the groups of Professor Xin Lu (Ludwig Oxford) and Professor Hagan Bayley (Department of Chemistry) will investigate the role of the nervous system in cancer progression using engineered gastrointestinal tissues.
The nervous system in the gut (the enteric nervous system, ENS) is embedded in the wall of the gastrointestinal tract and has important functions both for the regulation of gut lining growth and, via interactions with the immune system, to protect against infection.

While ENS dysfunction has been linked to several digestive disorders, evidence is now emerging that the ENS may be connected to cancer progression. For example, cancer cells have been observed to spread along nerves and the nervous system produces factors that can influence tumour growth. In addition, interactions between the ENS and immune cells can regulate the immune response to tumours.

Dr Zhou has been granted a Development Fund Award from the Cancer Research UK Oxford Centre. Building on her previous work on droplet-based 3D-printing of functional 3D neural tissues and bioengineering of tubular gastrointestinal tissues, she will model the interactions between enteric neurons, immune cells and gastrointestinal lining cells during cancer development. This multidisciplinary work aims to shed more light on the role of the ENS in gastrointestinal cancer initiation and progression and identify potential strategies for new treatments.