Aromatic molecules are among the fundamental building blocks in chemistry. Benzene is the classic example of these ring-shaped molecules with delocalized electrons, but aromatic molecules can be found everywhere: in drugs and medicines, the organic compounds that give many foods their scent and flavour, dyes and pigments, and almost any other industrial or pharmaceutical setting imaginable.

For several years Harry Anderson’s group has been exploring the upper size-limits of aromaticity. It can be important to know whether or not a particular molecule will be aromatic, since this often gives it unusual and potentially useful reactivity and electronic properties. So, how can we tell if large molecules are in fact aromatic – do the usual rules apply?

All organic chemistry textbooks will tell you to use Hückel’s rule for counting pi-electrons when checking if a ring-shaped molecule is aromatic. This simple rule is very reliable for small molecules: if a delocalised loop of p orbitals in a flat molecule contains 4n + 2 electrons (where n is an integer), then the molecule is expected to be aromatic. Benzene is the classic example with six pi electrons, meaning n = 1.

The Anderson group have demonstrated that this rule can be extended to far larger molecules than benzene, by showing that the magnetic characteristics of multi-component porphyrin nanocyles obey Hückel’s rule perfectly. Their research into these larger rings was recently featured on the cover of Nature Chemistry, where they measured ring currents in nanoscale ring structures containing up to 162 pi-electrons, corresponding to n = 40 in Hückel’s rule. They observed the presence of aromatic (and anti-aromatic) ring currents for various oxidation states of these nanorings, and were able to control whether or not the molecules were aromatic by varying their structure, oxidation state, and conformation. 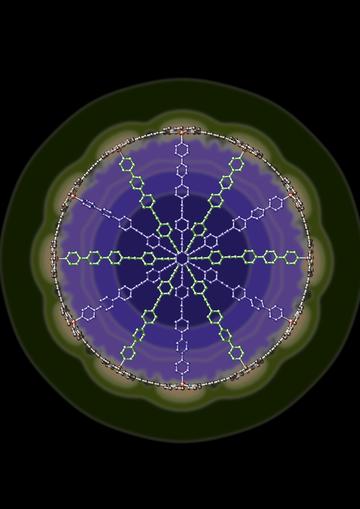 Fig 1 The molecular structure of one of the large ring complexes over which the aromatic electrons are delocalised.

This work involved many NMR oxidation titrations, some of which threw up results that were at first confusing, but eventually “all the observations [fell] into place [and] we knew we had just proved the validity of Hückel’s rule”. This is how former group member Michel Rickhaus, now leading his own research group at the University of Zurich, described the team effort he, Michael Jirasek, and other group members made to reach their conclusions.

Aside from characteristic magnetic properties, the aromaticity of a molecule can be assessed using criteria such as thermodynamic stability – aromatic compounds should exist in lower energy states than might be expected for a non-aromatic equivalent. This begs the question, do the nanoscale porphyrin rings that have been shown to exhibit magnetic responses typical for aromatic molecules also exhibit typical aromatic stability?

Small aromatic molecules such as benzene gain thermodynamic stability from the delocalisation of the pi-bonding above and below the plane of the ring, when compared to non-aromatic equivalents such as (cyclo)hexatriene. The principle of aromatic stabilization energy is widely cited as an explanation for the reactivity of a wide range of aromatic (and anti-aromatic) molecules, but surprisingly few experimental studies seek to measure it. This is partly because it can be difficult to decide on a non-aromatic equivalent molecule with which to compare your aromatic molecule. 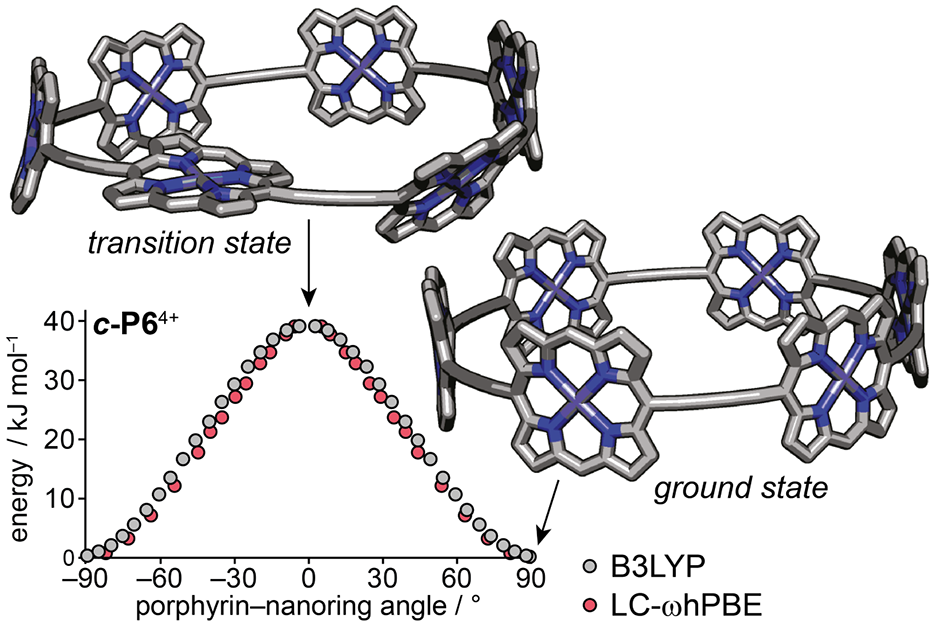 Fig 2 The energy barrier for rotating one porphyrin unit in a nanoring can be calculated computationally and measured by NMR spectroscopy. It provides a measure of the aromatic delocalisation energy.

In a recent study, published in January 2021 in the Journal of the American Chemical Society, the Anderson group demonstrated that there is indeed evidence for aromatic stabilization energy in large porphyrin ring structures. They have shown that the magnitude of these stabilization energies can be estimated by converting aromatic rings to anti-aromatic (a higher energy state with a number of pi electrons that is equal to 4n rather than 4n + 2) and measuring the associated energy change using electronic redox potentials. The results they found were in line with their calculated predictions for these stabilization energies.

Most textbooks say aromaticity is limited to rings with less than about 22 pi-electrons, which makes it interesting to study these magnetic and energetic effects in much larger rings. The work described here is relevant to understanding charge delocalisation in organic semiconductors, which have many applications from solar cells to display devices. It is also intriguing because, at low temperatures, small non-molecular rings of metal display persistent ring currents and behave like aromatic molecules. This research is exploring to what extent molecular wire rings behave like small rings of wire.