The assembly and interaction of biomolecules control vital processes for health, and their malfunction can lead to disease. Understanding these dynamics helps to lay the foundation for avenues towards intervention. Ultimately, what researchers want to understand are the biomolecular mechanisms responsible for function, and its regulation.

The team behind Refeyn – a spin-out from the Department of Chemistry – is taking us one step closer to being able to quantify these processes at a fundamental level: the interactions of individual biomolecules in solution. The result is a technique known as mass photometry, which relies on detecting the light scattered from individual biomolecules.

Born in the Department of Chemistry, Refeyn is the product of “a decade of work which involved making an ever more sensitive light microscope” according to Philipp Kukura who, alongside Justin Benesch, led the work into optically detecting and imaging proteins in solution. This is the technology that was spun-out in 2018 into what is now Refeyn.

The goal of Refeyn is to commercialise this cutting-edge technology, which involves the detection of individual molecules in a way that was generally considered impossible five years ago. The simplicity of the technique makes it accessible even to researchers without in-depth optics expertise. The result is that researchers all over the world today can determine the mass of proteins and their assemblies quickly and easily, using small volumes of sample in an accessible benchtop spectrometer that Refeyn provides to a wide market both in industry and academia.

Proteins and other biomolecules are all made up of the same familiar building blocks: amino acids. When light is shone upon these molecules in solution, they will deflect some of this light from its straight path – a process known as scattering – and the amount of light scattered depends on the electron density of the material. Because amino acids all have roughly similar masses and similar number of electrons, it turns out that they also scatter light by a similar amount. So, the amount of light scattered increases in line with the number of amino acids in the protein, and by measuring this scattered light, mass photometry can measure the mass of a protein to within 2% of its true mass. 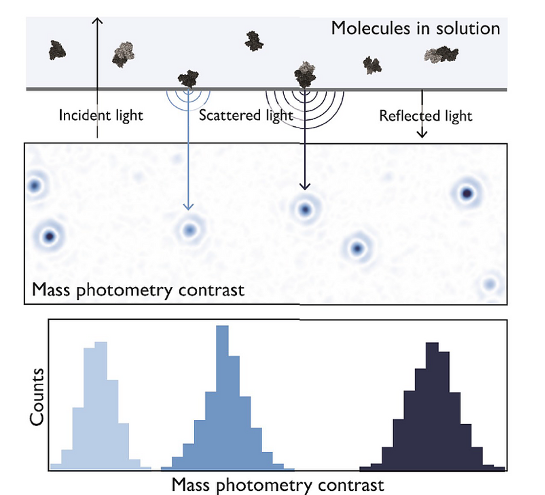 Fig. 1 The principle behind mass photometry, whereby the amount of light scattered by molecules in solution that attach to the measurement interface interferes with the directly reflected light and can be used to directly measure the mass of the molecules.

As well as measuring the mass of these molecules to a high degree of accuracy, the pioneering microscopy technique means researchers can directly image molecules in only a few microliters of solution. Single molecules can be observed, and their mass measured, all in their natural environment. So far this technology has been used to image and determine the mass of a range of biomolecules from polypeptides and lipoproteins to the protein shells (known as capsids) that contain viruses.

Fig. 2 Mass photometry enables the accurate measurement of the weight of single molecules in solution, as explained in this video.

Furthermore, it is possible to obtain dynamic information by observing the formation of complexes and other, more complicated, protein structures. The distribution of masses observed in a sample provides unique information about which molecules are binding to others, and in what ratios. Almost all physiologically or pathologically relevant processes rely on interactions between biomolecules in solution – exactly the type of interactions that can be detected with mass photometry. This means that Refeyn’s pioneering technology has the potential to revolutionise the characterisation of these interactions, with clear applications in the worlds of pharmaceutical and biomedical industry and research.

Recently mass photometry has found new applications in the world of gene and cell therapy. Adeno-associated viruses (AAVs) are small viruses that are not known to cause disease in humans, and are an interesting candidate for delivering DNA into cells for potential gene therapy treatment. Determining whether the viral shells (known as capsids) in these AAVs are empty or full is crucial, and mass photometry has proven to be an ideal method for differentiating between empty and full capsids based on their mass. 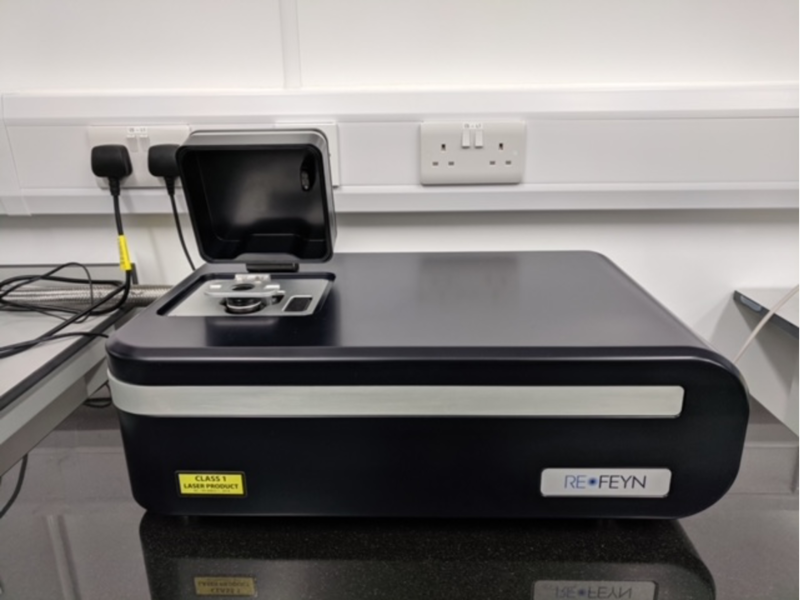 Fig. 3 The Refeyn OneMP is the company’s flagship mass photometry product – a benchtop tool to accurately measure the mass of biological molecules in solution.

Refeyn’s current lead product, the Refeyn OneMP, is a benchtop mass photometer that is roughly the size and shape of a shoebox, making it ideal for any lab or industrial setting. The technique has even found applications in the fight against the COVID-19 pandemic, where it has been used to study the binding mechanism between SARS-CoV-2 (the virus responsible for the disease) and human enzymes that are thought to govern how the virus enters cells.

Initially known as Arago Biosciences, the Oxford Chemistry spin-out was soon renamed Refeyn in honour of eminent physicist Richard Feynman. Their headquarters, affectionately known as the Refeynery, are located in Oxford, and they are also building a widespread network of satellite offices and distributors worldwide.

The technology has also been recognised in several industry awards, including the Best New Technology award at bioProcessUK (2021), Winner – Emerging Technologies Competition by the Royal Society of Chemistry (2019) and the Scientist Magazine’s Top 10 Innovations of 2019. With a Series A funding round closed at the end of 2020, Refeyn is now perfectly set up to develop and introduce next-generation products.

Refeyn’s CEO, Anthony Fernandez says that their "ground-breaking technology, thriving customer base, and exceptional people have put mass photometry at the forefront of bioanalytics innovation. I look forward to leading the team through our next phase of growth and expansion."