Open to Year 12 and 13 students (or equiv., 16-19 yrs) and their teachers interested in finding out more about the cutting edge research happening in the field of chemistry, and hosted by the Department of Chemistry, University of Oxford. Sixth form students are welcome to attend unaccompanied by a teacher. 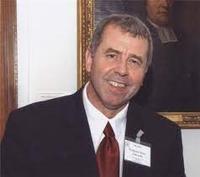 Peter Edwards is Professor of Inorganic Chemistry and Fellow of St Catherine's College, Oxford. He grew up in Toxteth, Liverpool, looked after by two older sisters and a widowed mother, who held down three jobs to support the family. Peter, who received free school meals until he was an early teenager, was the first in his family to attend university, reading Chemistry at Salford where he stayed on to complete his PhD, before going on to study at Cornell University, New York, via a Fulbright Scholarship. He returned to the UK afterwards, to Oxford, as a postdoctoral researcher with John Goodenough (winner of the 2019 Nobel Prize in Chemistry), then on to the universities of Cambridge and Birmingham, before returning to the University of Oxford in 2004, as Statutory Chair in Inorganic Chemistry and Head of Department. 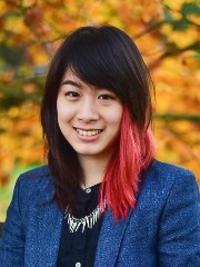 Dr Marie Wong is currently working for an interdisciplinary commercial company, based in Cambridge. Originally from Malaysia, Marie completed her MChem and DPhil (PhD) at the University of Oxford, the latter in Prof. Ed Anderson’s group. Her research focused on developing chemical methods for the synthesis of complex molecules, with applications in industries such as pharmaceuticals, agrochemicals and materials. During her undergraduate degree, Marie completed placements in the US at UC Berkeley focusing on palladium-catalysis with Prof. John Hartwig and at Yale University with Prof. Scott Miller, looking at peptide-catalysis. Marie’s talk will focus on her career pathway and her DPhil research.

Key Stage 5 students (16-19 years) and their teachers.
Registration via this link