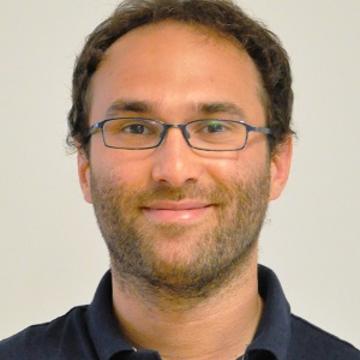 I grew up in the beautiful city of Torino in the north-west of Italy, in a family full of scientists. After many years attending the French School of Torino and spending a year in the U.S. as a child, I discovered my passion for science in my European High School. There I found a fantastic chemistry teacher who really helped me make the first steps into the field. While studying chemistry at the University of Torino during the day, I spent most evenings attending acting classes and performing in numerous plays.

I ultimately decided to focus all my energies on science and, after a brief internship during my Master’s degree, I started my PhD in organic chemistry at the Max Planck Institut für Kohlenforschung in Mülheim and der Ruhr, Germany, in the truly inspiring environment of Benjamin List’s laboratory. I worked on the development of new ways to promote reactions with small organic molecules (organocatalysts) such as simple acids. All catalysts share the common feature of not being consumed in a reaction, yet improve its efficiency and reduce waste. The key parameter of organocatalysts, which were initially inspired by the pockets of enzymes (biocatalysts) is the absence of a metal, whose toxicity is often a problem. Despite the numerous challenges encountered during that time, it was during my doctoral studies that I finally understood how passionate I was about research and how many great discoveries can be made when you work as a team.

Intrigued by fluorination chemistry and attracted by the research in its Department of Chemistry, I moved to the University of Oxford in 2017 in the group of Véronique Gouverneur as an EPSRC-funded postdoctoral researcher. Since 2018 I have been an EU-funded Marie Sklodowska-Curie Fellow and a Junior Research Fellow at Corpus Christi College, Oxford.

I’m mainly interested in the development of novel catalytic transformations and in particular asymmetric catalysis. In this field, the catalyst controls the formation of one chiral molecule over its mirror image (enantiomer). This is particularly important as our world is based on biomolecules whose main building blocks are made of only one of the two mirror images.

Asymmetric catalysis applied to fluorination chemistry has been my main research focus in Oxford. Fluorine is a key element in pharmaceuticals and agrochemicals, being present in approximately 25% of marketed drugs. The introduction of fluorine into molecules can strongly modify the properties of a compound thus leading, among other benefits, to improved drug efficacy. However, the incorporation of fluorine in organic molecules is very challenging, and novel methodologies which employ safe, low-cost, and readily-available fluoride sources are much needed. Despite being ideal, alkali metal fluorides, e.g. KF, have not been used in asymmetric fluorinations due to their insolubility in organic solvents. After developing a novel class of organocatalysts capable of solubilizing these salts and controlling their reactivity, we now aim at developing efficient and scalable processes for broader applications in academia and industry.

I’m quite convinced that I want to continue in academia as I love the combination of research and teaching. But who knows where life will take me, so I’ll always keep all my options open. And beyond my everyday life in lab, I always enjoy a nice meal or drinks with friends (that’s usually when the best chemical ideas come) or an evening at London’s West End. But most important of all, I love traveling the world and trying food from all corners of the planet!