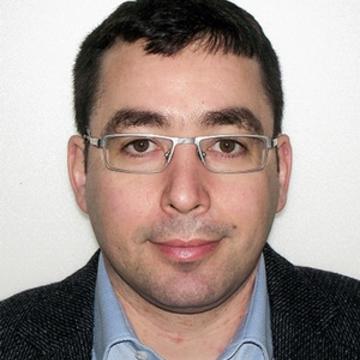 I grew up in a small Schwaben (German minority) village in Satu Mare county, Romania. I finished primary school in my lovely village where my chemistry and biology teachers opened the door to the world of science for me. I was lucky to continue my studies at Kölcsey Ferenc National College, a Hungarian middle school in Satu Mare, where my passionate chemistry teacher was an old university friend of my primary school teacher. These two teachers spoke the same “science language” and their love for chemistry inspired me to continue my chemistry studies. Since I felt I wanted to be involved in a more “hands on” type of chemistry, I chose to continue my undergraduate studies at an engineering school and in 2007 I received a Diploma in Biochemical Engineering from the Faculty of Chemistry and Chemical Engineering, Babes-Bolyai University in Cluj-Napoca, Romania.

Throughout my five years as an undergraduate student, I had several summer industry placements. In 2006, during a summer studentship at Olajterv Contracting and Engineering Co. in Budapest, Hungary, I worked in the field of theoretical modelling of biodiesel production. The desire to better understand biotechnology processes drove me to continue my postgraduate studies at the Faculty of Geology and Biology at the same university in Cluj-Napoca, where I obtained a Master of Science in Cellular Biotransformation. To gain deeper practical experience, I also obtained a University Research Assistant position at the Biotransformation of Organic Substrates Research Centre, Cluj-Napoca, for two years. In 2009 I received European funding for my PhD studies in biocatalysis at the same university in the Faculty of Chemistry and Chemical Engineering. During my PhD studies in 2010, I also obtained a CIMO research scholarship, which allowed me to work for ten months at the Faculty of Medicine at the University of Turku, in Finland. After my PhD studies, I joined the Schofield group at the University of Oxford.

I arrived in Oxford in 2012 to work in the group of Chris Schofield, where I started a project in the field of antibiotic resistance as a postdoctoral research assistant. My research is focused on tackling the increasing problem of antibiotic resistance. Antibiotics are arguably “wonder drugs” developed in the 20th century, but their use is threatened by antibiotic resistance. My work essentially aims to understand the mechanisms, structure, and inhibition of bacterial metallo-β-lactamases, one of the class of enzymes that is threatening the use of antibiotics. Recently, my work has also been dedicated toward the discovery of new antibiotics, particularly the development of non-β-lactam based ones. Additionally, I am also interested in the development of inhibitors against enzymes involved in resistance against anticancer agents, such as cisplatin, and in understanding the mechanism of resistance in wider biological systems.

Since March 2016 I have worked as the Project Leader in a European Gram-Negative Antibacterial Engine Innovative Medicines Initiative ((ENABLE-IMI) program, which involves more than 20 researchers with combined expertise in medicinal chemistry, microbiology, ADME, and in vitro and in vivo pharmacology. My team is comprised of scientists based in a number of European academic institutes that work in conjunction with pharmaceutical companies, including GSK, Sanofi/Evotec and Basilea, and CROs, with the aim of developing new antibacterial treatments.

Outside of research, I love flowers and I hope one day to have a huge garden. When I have time, I like to hike and run away from the noisy city for a little break. I am not a big sportsman, but since I moved to the UK I’ve become a huge fan of squash and enjoy playing from time to time.

As for my future plans, I would like to continue to work in the medicinal chemistry area, preferably in an industrial set up.