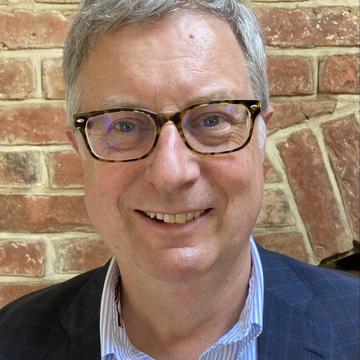 I am the Deputy Director of the Teaching Laboratories in the department and I have oversight of the second and third year practical courses. As such, I see all Chemistry undergraduates pass through the CTL during their 1A and 1B years. I tend to demonstrate and assess those experiments with an organic bias, but I turn my hand to most things in Chemistry, within the spirit of our integrated practical course. I have a particular interest in the use of Analytical Chemistry to complement traditional laboratory exercises, using the facilities in the Analytical Suite in the CTL.

I also teach on the various programmes that come under the umbrella of “widening participation and access”. These include the UNIQ course for Year 12 students, the MPLS Bridging Course and I help plan and run the Opportunity Oxford course for Chemistry. In addition, I teach practical skills to school students when they visit for one of our many outreach events.

Andrew Worrall joined the Department of Chemistry in April 2017, initially in the role of Laboratory Course Developer, a new position designed to help plan and implement a new, integrated practical course at Oxford. Prior to this, he had a career teaching Chemistry in secondary schools and, prior to that, he was a Lecturer in Biochemistry at The University of Southampton.

Andrew is a graduate of The University of Cambridge (Christ’s College) where he studied Natural Sciences, specialising in Chemistry. He studied under Prof. G. Michael Blackburn at The University of Sheffield for his Ph.D., looking at the synthesis of radiolabelled oestrogen metabolites and their binding to DNA. He then undertook post-doctoral research for the (then) Cancer Research Campaign at The Christie Hospital in Manchester, followed by work undertaken with Prof. Bernard Connolly at The University of Southampton, looking at protein-DNA interactions. He retains a strong interest in biological organic chemistry and enzymology.

After taking a PGCE, he taught in schools in Worcester, Kent and NW London over a period of 24 years. During that time, he served for almost 10 years as a committee member, running the International Chemistry Olympiad for the Royal Society of Chemistry. He is a founding member of the committee that runs the Cambridge Chemistry Challenge Lower Sixth (C3L6), a competition for Year 12 students that attracts over 9000 entries from over 500 UK schools. He serves as a Governor of a secondary school in Reading and is a Fellow of the Higher Education Academy.

My research is in the field of Chemical Education. I develop novel laboratory exercises that are pedagogically sound, and which fit in with the new, integrated chemistry practical course at Oxford. This course was recognised by the award of a Vice-Chancellor’s Education Award in 2020. I have a particular interest in the transition from school to university and in those concepts in Chemistry that cause particular trouble for students at all levels of education.