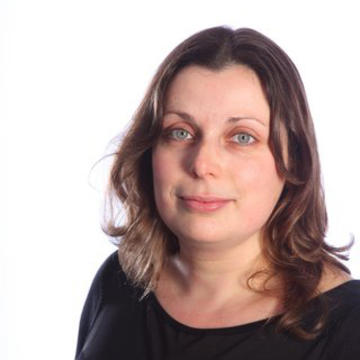 Our research lies at the interface of Chemistry and Biomedicine where we aim to discover new molecules and new mechanisms to intervene in disease. Most of our research aims to tackle degenerative diseases through the discovery of molecules to control cell fate and function. We work in four major thematic areas: controlling gene expression to address fatal genetic diseases, modulation of inflammation, regenerative medicine, and cancer medicinal chemistry.

Modulation of utrophin for the treatment of Duchenne Muscular Dystrophy

In our medicinal chemistry approach to the rare fatal neuromuscular degenerative disease Duchenne muscular dystrophy, in collaboration with Professor Dame Kay Davies (Department of Physiology, Anatomy and Genetics, Oxford) we have developed small molecule modulators of utrophin and showed that they rescue pathology in preclinical models of the disease. This work led to the development of ezutromid, a first-in-class utrophin modulator which was progressed to a Phase 2 clinical trial in Duchenne muscular dystrophy patients in 2017-18 by Summit Therapeutics. The clinical trial was reported to show promising efficacy after 6 months, but these effects were not seen after the full 12 months of the trial and the development of ezutromid was discontinued. We have since uncovered ezutromid’s metabolism and molecular mechanism of action, providing an explanation for the initial positive data and the lack of sustained efficacy of ezutromid in patients. Using a chemoproteomics approach we demonstrated through a series of target identification and validation studies that ezutromid binds to the arylhydrocarbon receptor (AhR) with high affinity, and antagonism of AhR by ezutromid leads to utrophin upregulation, thereby confirming AhR as a viable target for utrophin functional replacement therapies. The development of next generation utrophin modulators is ongoing in our lab.

In recent years there has been an increasing appreciation of the interaction between diet, metabolism and immune function – the emerging field of immunometabolism. Receptors which can respond to dietary and endogenous metabolites are present on immune cells; we and others have demonstrated that these immunometabolic receptors modulate immune cell function in vitro and in vivo.

In collaboration with Professor David Greaves (Sir William Dunn School of Pathology, Oxford), we are developing and characterising novel ligands for G protein-coupled receptors involved in regulating inflammation as potential treatments for chronic inflammatory conditions. Most recently in a ligand-based screening approach we identified a biased agonist of an immunometabolic receptor, GPR84, which activates downstream Gαi signalling but not β-arrestin recruitment and gave markedly distinct functional effects in primary murine and human macrophages from agonists acting via both pathways. The biased agonist was shown to prevent chemotaxis while stimulating phagocytosis in both murine and human macrophage.

Most approaches to regenerative medicine have focussed on the transplantation of therapeutic cells, but major hurdles exist to the routine adoption of such therapies in the clinic. We now understand that in most cases these cells act not as a cell replacement therapy but rather through the stimulation of endogenous repair pathways already present within the body. This has stimulated new avenues of research from us and others to discover molecules to directly stimulate these repair and regeneration processes for the treatment of chronic degenerative diseases and injury. In collaboration with Professor Paul Riley (Department of Physiology, Anatomy and Genetics, Oxford), Professor James Cantley (University of Dundee) and Professor Francis Szele (Department of Physiology, Anatomy and Genetics, Oxford) we are developing agents to stimulate cardiovascular repair, beta cell regeneration and neuronal regeneration respectively.

Our group has instigated a number of collaborative projects to discover new anticancer agents active against a variety of targets including NAT1, PIM, RAS and LMO2, but also new cancer biomarker detection methods. Most recently in collaboration with Professors Thomas Milne and Paresh Vyas (Weatherall Institute of Molecular Medicine, Oxford), we have discovered several series of molecules which induce differentiation in Acute Myeloid Leukaemia (AML) cells. The most promising examples we have shown significantly reduced tumour growth and prolong survival in preclinical models. Using a chemoproteomics approach we have since uncovered the molecular target and mechanism of action of these molecules.

Chemistry at the Interface with Biology and Medicine

Angela Russell is a Professor of Medicinal Chemistry and holds a joint appointment between the Departments of Chemistry and Pharmacology. She gained her MChem degree from the University of Oxford in 2000 and her DPhil in Organic Chemistry in 2004. In 2007 she was awarded a prestigious Research Councils’ UK Fellowship in Medicinal Chemistry and in 2018 she was conferred to Professor of Medicinal Chemistry. She has published over 100 original articles, book chapters and patent applications. Her research interests are centered around the discovery of new molecules and mechanisms to manipulate cell fate and to translate them into therapeutic agents, particularly for degenerative diseases. She has initiated a number of collaborative research programmes, including a medicinal chemistry approach to the modulation of gene expression to treat fatal rare genetic diseases such as Duchenne muscular dystrophy (DMD). She co-founded the Oxford spin-out MuOx Ltd, (now part of Summit Therapeutics plc), and co-founded OxStem Ltd in 2016. In 2016, she was named as a ‘Rising Star’ in the BioBeat 50 Movers and Shakers in BioBusiness report. In October 2020 she was awarded a 2021 Harrington UK Rare Disease scholarship in recognition of, and in support of, her work on developing a therapy for DMD.