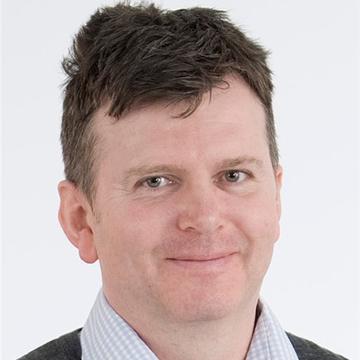 Our group’s research focuses on contributing to a chemical understanding of systems of biological importance, and enabling the exploitation of the results for societal benefit.  The two major research fields of the laboratory concern antibacterial resistance and the role of oxygenases in the regulation of expression / protein biosynthesis.  These fields synergise because of the group’s expertise in enzymes, in particular iron and zinc dependent metallo-enzymes. Our work has opened up new fields in antibiotic research, oxygen sensing and gene regulation. After ground-breaking work on plant and microbial oxygenases (including in β-lactam biosynthesis), the group pioneered structurally informed functional assignments for uncharacterized human and microbiological metallo-enzymes. This research identified unanticipated roles for oxygenases in regulating gene expression, antibiotic resistance, has revealed new post-translational modifications (to chromatin, ribosomes, RNA splicing proteins), and importantly in animal hypoxic responses.

Our work has identified new opportunities for medicinal intervention (basic science from the group has helped enable approved drugs), and new ways of inhibiting antibiotic targets that are being pursued by numerous academic and commercial laboratories. Current Major Research Interests of the group are (i) Antibiotics and antibiotic resistance, especially via metallo-enzymes, including β-lactamases and oxygenases; (ii) The role of oxygenases in regulating gene expression, including in response to limiting oxygen availability - we are interested in the mechanisms of these enzymes, which often catalyse reactions not presently possible for synthesis; (iii)The roles and inhibition of Zn(II) dependent nucleases in DNA repair; (iv) Methodology for the identification of highly selective inhibitors of metallo-enzymes, and nucleophilic enzymes, including via novel screening methods; (v) Histone modifying enzymes, especially demethylases and hydroxylases; the chemistry of cancer metabolism.

Although focused on basic science, our group is keen to translate its basic science to societally useful outcomes. The group has extensive collaborations with clinicians and industry, principally concerning the basic science of antibiotic resistance/biosynthesis, rare diseases, and the regulation of gene expression by oxygen (notably with Peter Ratcliffe). Important outcomes of this work have been contributions to the industrial application of oxygenases, to a new class of beta-lactamase inhibitors and to the identification of new targets for the pharmaceutical industry - including the hypoxia inducible factor prolyl hydroxylases and human metallo beta lactamase fold enzymes involved in resistance to anti-cancer agents.

​ Left: A human oxygen sensor (prolyl-hydroxylase) complexed with an inhibitor. Centre: Examples of natural products we are interested in. Right: Electron density map for a boronate bound at the active site of a metallo beta-lactamase.

Chris Schofield studied for an undergraduate degree in chemistry at the University of Manchester Institute of Science and Technology. He moved to Oxford for DPhil studies with Jack Baldwin on the synthesis and biosynthesis of antibiotics. He subsequently became a Departmental Demonstrator in the Dyson Perrins Laboratory, and in 1990 Lecturer in Chemistry and Fellow of Hertford College.  In 1998 he became Professor of Chemistry and he served as Head of Organic Chemistry from 2011 to 2021.  He is a Fellow of the Royal Society and Head of Chemistry at the Ineos Oxford Institute for Antimicrobial Research.

His research group works at the interface of chemistry, biology and medicine. His work has opened up new fields in antibiotic research, oxygen sensing and gene regulation in organisms ranging from bacteria to plants and animals. His work has identified new opportunities for medicinal intervention that are being pursued by numerous academic and commercial laboratories.