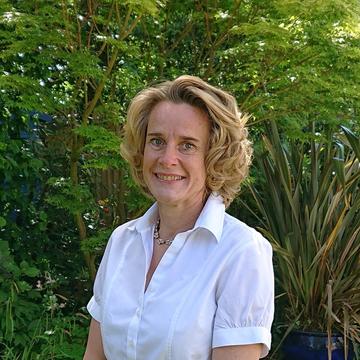 Director (Chemistry) of the Centre for Advanced Spin Resonance (CAESR)

My research focuses mainly on two distinct, yet closely related and complimentary, areas both of which nurture my interest in the investigation of spin phenomena as applied to chemical and biochemical systems: (1) the study of reaction mechanisms and dynamics of polarised spin systems, a field often called Spin Chemistry, and (2) Electron Paramagnetic Resonance (EPR) studies and methodology developments. The cross fertilisation of these areas is what motivates our work. I combine these interests seamlessly by co-directing the Centre for Advanced Electron Spin Resonance (CAESR) a Small Research Facility in the Chemistry Department serving the whole science area, whilst also heading an optical spectroscopy group with students and research workers sharing the same office, wetlab and, often, research topics.

The fact that magnetic fields as weak as that of the Earth can affect the kinetics of chemical reactions proceeding via so-called spin correlated radical pairs is as fascinating as it is surprising. These highly reactive species, being created “far from equilibrium”, consist of two moieties both of which carry an unpaired spin (ie, they are paramagnetic).

Over the last decades, we have developed a large suite of apparatus applying  magnetic fields oscillating and static, in isolation or combination, with our main focus on detection of magnetosensitive reaction kinetics  by optical spectroscopy. Recently, our group was the first to show that (1) light-induced radical pairs are fit for purpose as chemical compasses, (2) such light induced radical pairs can be found in birds’ retinae (in blue light photoreceptor proteins called cryptochromes), (3) reaction kinetics within blue light irradiated cryptochromes is magnetosensitive. These findings are key reasons the quantum hypothesis is now widely considered the forerunner in the animal magnetoreception debate. In collaboration with Stuart Mackenzie we develop field effect instruments with unprecedented sensitivity based on optical cavities as well as confocal microscopy. Our studies are aimed at detection and characterisation of the magnetic field sensitivity of reactions within these cryptochromes with a particular focus on animal (and particularly bird) species. Within this interdisciplinary field, we collaborate successfully with the groups of Peter Hore, David Manolopoulos and our zoology colleagues in Oldenburg (Henrik Mouritsen).

In Electron Paramagnetic Resonance (EPR, also known as Electron Spin Resonance, ESR), the structure and dynamics of paramagnetic species may be characterised using a combination of static magnetic fields and resonant microwave radiation.

It goes without saying that our group exploits both time resolved EPR and pulsed methodology (such as Out of phase ESEEM) to characterise the structure and kinetics of the spin correlated radical pairs in cryptochromes. Artificial chemical compasses, such as fullerene-porphyrin-carotenoid triads (first designed for and exploited in the field of artificial photosynthesis), can conveniently be investigated regarding their interspin interactions and relaxation properties, with data feeding directly into the experimental and theoretical spin chemistry studies above.

Much of our recent work, in collaboration with Harry Anderson’s group, has focussed on the exploration of spin in molecular electronics. We investigate both (1) stable paramagnetic centres (cationic states as well as those containing transition metals ions) and (2) photogenerated (typically, triplet) states. Our work provides EPR-derived recipes for spin delocalisation characterisation as well as prediction.

Finally, application of pulsed dipolar spectroscopies, such as Double Electron Electron Resonance (DEER) has played a significant role in our research. Recent developments, in collaboration with Alice Bowen (Manchester) and Marilena di Valentin (Padova), have allowed us to perform intramolecular distance measurements using the above mentioned photogenerated triplet states.

Christiane is Professor of Chemistry and Co-director of the Centre of Advanced Electron Spin Resonance at the Department of Chemistry. Her group uses optical spectroscopy as well as Electron Paramagnetic Resonance to exploit and investigate spin phenomena, with a particular focus on avian magnetoreception, chemical compass sensing and the study of supramolecular structures.

Christiane studied for her undergraduate degree in chemistry at the Technische Universität Dresden before moving to England and the University of Oxford for her doctorate research under the supervision of Peter Hore. Her early career work was generously supported by the Royal Society first as a Dorothy Hodgkin and later a University Research Fellow, allowing her to move into experimental science, continuing in the footsteps of Keith McLauchlan FRS. Her research concentrates on the study of paramagnetic species, in particular spin-polarised states including photogenerated radical pairs (their involvement in avian magnetoreception) as well as triplets (e.g, exploited conveniently to quantify spin delocalisation patterns in molecular wires).