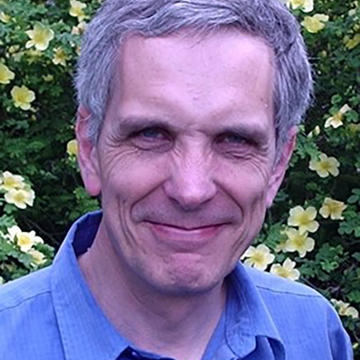 Sir David Clary was Professor of Chemistry at the University of Oxford from 2002-2022. He is now an Emeritus Professor. From 2005-20 he was President of Magdalen College Oxford, where he is now an Honorary Fellow. Before coming to Magdalen he was Head of the Division of Mathematical and Physical Sciences at Oxford and a Professorial Fellow of St John’s College. He has held faculty positions at Manchester, Cambridge and UCL. He was a Fellow and Senior Tutor at Magdalene College Cambridge, where he was also elected an Honorary Fellow. His PhD was at Cambridge where he additionally holds the Sc.D. He was an undergraduate at the University of Sussex where he was more recently awarded the Doctor of Science, honoris causa.

He has won many prizes for his research including the Royal Society of Chemistry Meldola, Marlow, Corday-Morgan, Tilden, Polanyi, Chemical Dynamics, Liversidge and Spiers awards, and the medal of the International Academy of Quantum Molecular Science. He has given many named lectures including the Kistiakowsky Lecture at Harvard and the Pitzer Lecture at Berkeley. He was knighted in the 2016 Queen’s birthday honours for services to international science.

His book Schrödinger in Oxford was published by World Scientific in 2022.

David Clary’s research is involved with the development of the quantum theory for chemical reactions. Methods are being developed to calculate the rates and dynamics of reactions of polyatomic molecules. Of particular interest is the ability to predict reaction dynamics and kinetics for important problems that are hard to study experimentally in the laboratory. This includes reactions at very low or high temperatures and problems involving highly toxic compounds. Key quantum effects such as tunnelling are included in his theories.

Accurate and reliable computational methods are being developed which link quantum dynamics with a minimum number of high-level quantum chemistry calculations. This is allowing for quite complicated reactions to be studied accurately and efficiently. This includes reactions of importance in the atmosphere and the rates and mechanisms for decomposition of dangerous chemical nerve agents.

Clary is also interested in the spectroscopy and dynamics of weakly-bound clusters and in the behaviour of molecules on solid surfaces. He has frequently collaborated with experimental groups who have often been able to verify predictions from his theories.