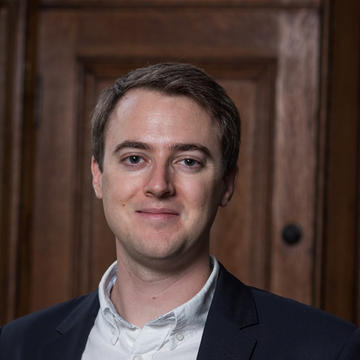 I am the Departmental Lecturer in Physical & Theoretical Chemistry at the University of Oxford. I am also the Physical Chemistry tutor at St Peter’s College, Somerville College, and Lady Margaret Hall.

One of the primary aims of my role is to make the experience of studying Physical Chemistry as similar as possible across all Oxford colleges. In the Chemistry Department I provide synoptic revision lectures to all years and set the first year Preliminary Examination in Physical Chemistry. I also teach on the UNIQ scheme, which is aimed at supporting Year 12 students from diverse backgrounds make a successful application to Oxford, and the Opportunity Oxford and MPLS Bridging programmes, which are aimed at supporting those successful students immediately prior to starting their course here. Being the first person in my own family to go to university I consider my teaching on these courses as among the most valuable that I do.

As a college tutor I teach all aspects of the undergraduate Physical Chemistry course, from Prelims (1st Year) to Final Honours School (3rd Year). I hold tutorials for small groups of students where we discuss the lecture course material in detail and expand on their understanding. We also meet in larger groups for problems classes to cover the more numerical aspects of each topic, and I offer thematic revision classes to prepare each group of students for their respective exams.

Dean has only lived in two places: Cornwall, where he was born and grew up, and Oxford, where he was both an undergraduate and graduate and is now lecturer and tutor. He studied for his MChem degree at Magdalen College (2008-2012) before moving to New College for his DPhil in Physical & Theoretical Chemistry (2012-2016) under the supervision of Professor Stuart Mackenzie.

His DPhil research was concerned with the photochemical spin dynamics in proteins, suggested to be the basis of the magnetic sense in some animals. It involved the development of a range of highly sensitive optical cavity-enhanced techniques to detect very small changes in reactivity caused by an externally applied magnetic field.

Having completed his DPhil, and realizing that his passion lay in education rather than research, Dean stayed in Oxford to develop his teaching experience through lectureships at Magdalen College, Trinity College, Merton College, and New College. This culminated in him being appointed to the new role of Departmental Lecturer in 2019.