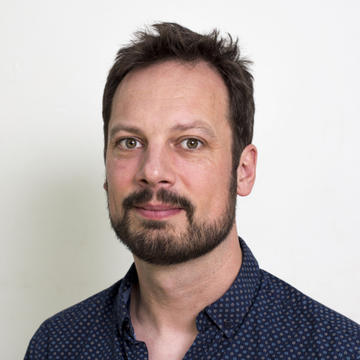 My research interests lie in the field of soft and biological matter, where we combine experiment, theory and simulations to address fundamental and applied problems alike. Topics range from liquid state theory, i.e. the structure and interactions in liquids, where we have recently been able to extract the interaction between colloidal particles from microscopy images alone; to liquid crystal phase and interface behaviour, where we have shown the emergence of novel phases by designing the shape and properties of liquid crystal ‘molecules’ and the confining boundaries; to biomedical problems, where the group’s experimental techniques and theoretical insights are applied to diseases such as HIV, where microfluidics techniques are used to characterize the HIV reservoir. My work is typically multi- and interdisciplinary and we collaborate with groups from applied maths, to pathology, to medicine. Parts of the work are also funded by industry.

Dirk Aarts studied chemistry at the University of Utrecht, and completed his PhD in 2005 at the Van’t Hoff Laboratory for Physical and Colloidal Chemistry under the supervision of Prof Henk Lekkerkerker. He subsequently moved to the Ecole Normale Supérieure as a Marie Curie Fellow, joining the group of Professor. Daniel Bonn.

In 2007 he took up a lecturership at the Physical and Theoretical Chemistry Laboratory of the University of Oxford, combined with a Studentship at Christ Church. He was made full professor in 2013. From 2015-2018 he coordinator the European Innovative Training Network (ITN-ETN) called ‘DiStruc’, coordinating 5 academic and 4 industrial nodes, with 15 PhD students in total. He has won a number of prizes and awards, including the Andries Miedema prize, the IOP Liquids and Complex Fluids Group Young Scientist Award, and the Martinus van Marum award from the Royal Holland Society of Sciences. He has currently taken up an administrative role in Christ Church.