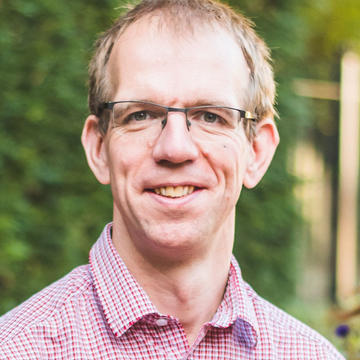 My research spans a wide range of organic chemistry, and is centred in the development of synthetic methodology and its application in target-oriented synthesis. Some of our main research themes are outlined below.

My group has interests in a number of natural product families. Among the more complex are the Schisandra triterpenoid natural products, where we recently completed highly convergent syntheses of rubriflordilactones A and B, and also polyketide natural products such including macrocyclic lactone antibiotics, and macrocyclic lactam anticancer agents. Much of this work has been inspired by the development of synthetic methods, for example palladium-catalyzed cascade cyclizations, and organosilicon cross-coupling reactions, and we are always on the lookout for new targets and strategies.

Within our natural product interests are families of compounds that show bioactivity against Trypanosoma cruzi and Leishmania spp. parasites, which are responsible for the neglected diseases Chagas disease and leishmaniases. These potentially fatal diseases affect millions of people worldwide, particularly in developing countries, and few treatments are available. Among a number of families, we have been studying a Brazilian natural product called dehydrodieugenol B, and have established a concise and flexible synthetic route to this compound that has enabled us to make a number of analogues, several of which improve on the bioactivity of the natural product itself, and are equipotent with existing drugs. We collaborate with research groups in São Paulo and Oxford to evaluate the antiparasitic properties of compounds we synthesize.

A major focus of research in the group is the chemistry of small ring compounds that can serve as bioisosteres for problematic motifs (e.g. benzene rings) in drug design. We have a particular interest in bicyclo[1.1.1]pentanes (BCPs), which we access by ring-opening of a molecule called [1.1.1]propellane. In addition to developing a number of methods to make and functionalize BCPs, we are also fascinated by the theory behind these reactions and molecules, and collaborate with the Duarte group to develop new models of reactivity. This project has many links to industry as these structures are highly appealing in a commercial context.

A further fascination in my group is the chemistry of alkynes featuring at least one heteroatom substituent. Having worked for a number of years on ring-forming reactions of ynamides, typically under transition metal catalysis, we have recently developed a route to ‘yndiamides’ – alkynes with a nitrogen substituent at both ends. These molecules are totally novel building blocks, and we are exploring ways to use them in the synthesis of heterocycles and other molecules, and to achieve regioselective transformations that differentiate the two ends of the alkyne.

My group enjoys the detail of organic chemistry: in a number of project fields we have contributed to fundamental understanding of reaction mechanisms. This includes transition metal catalyzed cyclization reactions, where we solved a long-standing mechanistic puzzle in palladium catalyzed cycloisomerization chemistry, and also used computation (collaboration with the Paton group) to design rhodium catalysts that effect highly enantioselective reactions. We have further studied mechanisms of organosilicon reactions, such as silane oxidation and cross-coupling. In ongoing work, we are exploring many aspects of strained ring chemistry, and enantioselective organocatalysis, with the Duarte group.

An area of our research that is somewhat separate involves the development of methods to synthesize chemically modified nucleosides and oligonucleotides. Here we collaborate with the Brown group in Oxford, and the Lovett group in St Andrews, to develop ‘spin labelled’ DNA and RNA which allows the use of electron paramagnetic resonance (EPR) spectroscopy to probe DNA structure. We were excited to gain the first crystal structures of spin-labelled DNA, which revealed much about how the stable free radical probes associated with a DNA duplex.

Catalysis
Chemistry at the Interface with Biology and Medicine
Kinetics, Dynamics and Mechanism
Synthesis
Theory and Modelling in the Chemical Sciences

Ed Anderson is Head of Organic Chemistry, Professor of Organic Chemistry, and tutorial fellow at Jesus College. He heads a research team working on many aspects of synthetic organic chemistry, and collaborates with numerous pharmaceutical companies and academic groups around the world. Ed joined the department in Oxford in 2007 as an EPSRC Advanced Research Fellow, and was appointed as Lecturer in 2009, and Professor in 2016. He became Head of Organic Chemistry in 2021.  Before coming to Oxford, he was a Junior Research Fellow at Homerton College, Cambridge, working in the labs of Ian Paterson on the synthesis of polyketide natural products (2003-07). He previously worked with Erik Sorensen at the Scripps Research Institute, La Jolla (2001-03) on natural product synthesis as a Lindemann Trust fellow. He gained his PhD from Cambridge with Andrew Holmes in 2001, and his MA (Chem) from Oxford in 1997. His work has recently been recognised through award of the 2018-19 Novartis Chemistry Lectureship, and the 2020 RSC Bader award.