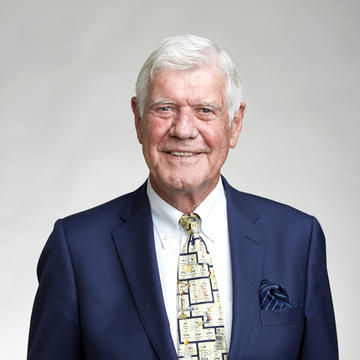 Professor Graham Richards is an Honorary Fellow of Balliol College and an Emeritus Fellow of Brasenose College.  He served as Head of the Department of Chemistry from 1997 to 2006.

Much of our research was in the field of computer-aided molecular design, which is now vigorously pursued in industry, particularly pharmaceuticals, as well as academia.

Drugs are small molecules which bind to target macromolecules, DNA or protein. There are three possible scenarios: the macromolecular target is unknown; the protein is known, but the binding site is not identified; and in the ideal case we know the actual target site in atomic detail.

In the past developing methods to cover all three areas, but moved to concentrate on the application of pattern recognition techniques to handle masses of molecular data.

This was prompted by the success of our screensaver project which was the biggest computational chemistry project ever undertaken, involving screening 3.5 billion compounds against protein targets using screen saver time on over three million personal computers in over 200 countries.

The screensaver project led to the formation of the spin-out company Inhibox Ltd (www.inhibox.com) where Professor Richards now conducts his research and is chairman of the company.

Professor Richards holds a number of non-executive directorships including IP Group Plc www.ipgroupplc.com and is much involved in the creation of spin-out companies.