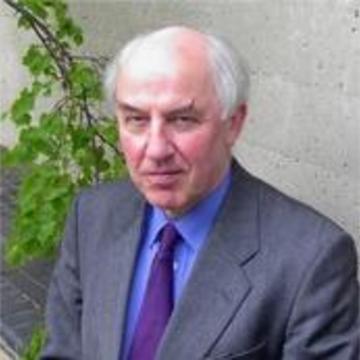 Professor Gus Hancock is an Emeritus Fellow of Trinity College and was Professor of Chemistry in the Department from 1996 to 2012.

Research involves the interaction of laser radiation with gas phase species, with high powered lasers used to excite and dissociate molecules, and narrow bandwidth tunable lasers used to interrogate the quantum states of the radical fragments. Specific topics are:

The forces between atoms and molecules undergoing chemical reactions can be probed by looking at the ways in which the energy of the reaction is channelled into the quantum states of the products, and, more interestingly, how the velocities of the reactants are related to the vector properties of the products, such as their velocities and angular momenta. Preparation of reactants with lasers, and probing reaction products by laser induced fluorescence (LIF) can provide enormous detail on the potential energy surface controlling the reaction. Current studies are on the reactions of aligned hot ground state O atoms, produced by the photolysis of jet cooled NO2, with various radical and molecular partners. Results are compared with trajectory calculations on potential energy surfaces.

Many chemical processes produce species which emit IR radiation. Such emission is weak, but can be wavelength resolved with high sensitivity by using the advantages of Fourier Transform methods. We have developed a time resolved variant of this technique, so that spectral changes in the course of a reaction can be followed with sub-microsecond resolution. This is being used for a variety of studies on product vibrational state distributions in photochemistry and chemical reactions, on product branching ratios in reactions of combustion interest, and on energy transfer processes. Examples include reactions of radicals such as CHF, CF2 and CF3, vibrational relaxation of NO2, and emission from excited carbon clusters, particularly C60. Lasers are used to produce or to excite these species.

Laser techniques can aid in solving problems of importance in understanding the chemistry of the Earth's atmosphere. For example, quantum yields of the products of the photolysis of atmospheric constituents such as O3 and NO3 as a function of dissociation wavelength are still incompletely understood, and we are currently using laser pump and probe techniques to observe singlet molecular and atomic oxygen from the photolysis of these species. The O(1D) quantum yield is of crucial importance in tropospheric chemistry models, where it controls the formation of the important radical scavenger OH. Our measurements have recently led to a reassessment of the formation rate of this species, and hence of the oxidising capacity of the atmosphere, by up to a factor of two.

Small halogenated free radicals play an important role in etching semiconductors in plasma discharges. A commercial plasma etching chamber has been modified to allow LIF detection of free radicals, and we are currently looking at CF2 and CF radicals and O atoms formed in fluorinated hydrocarbon plasmas used for Si/SiO2etching. Radical concentrations are being correlated with semiconductor etching efficiency, and modelling the chemistry inside the plasma and at the semiconductor surface is being carried out. Recent work has also involved observations of infrared emission from such plasmas, and measurements of the velocity distributions of ions bombarding surfaces via Doppler lineshape analysis of their LIF spectra. We are currently developing new continuous wave diode lasers operating in the ultraviolet region of the spectrum for use in plasma diagnostics.