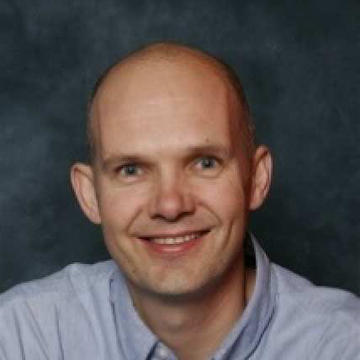 Organic semiconductors are widely used for fabricating organic thin-film transistors (OTFTs), with a wide range of applications in wearable electronics and the internet of things. Intermolecular overlap between electronic orbitals on neighbouring molecules, optimal for transport, can be guided by the subtle balance of electrostatic and van der Walls forces, and the steric size effects of carefully chosen side groups. Our group focuses on understanding processing-structure-property relationships, which are key to making robust organic transistors in a reliable and reproducible fashion. One active area of research is the development of electron-transporting (n-type) materials which can deliver higher mobilities and are stable under ambient conditions.

Organic bioelectronics aims to couple electronics with biological systems and develop a range of devices for healthcare monitoring, diagnosis and therapy. Our group aims to develop organic semiconductors which can be used as active materials for these devices, with particular focus on improving the performance of the device and introducing specific molecular functionality to target different biological systems. A typical device architecture is the organic electrochemical transistor (OECT), which is capable of transducing and amplifying biological fluxes into electronic signals in an aqueous environment. Our work involves identifying structure-property relationships and design strategies for the development of OECT materials, with several examples of high performing p-type OECT materials. Building on these strategies, recent work focuses on extending the scope and improving the performance of n-type materials for bioelectronic devices operating in aqueous electrolytes.

Photocatalytic generation of fuels from abundant sources such as water and carbon dioxide in an attractive method to capture and store solar energy. Previous research has been mainly dedicated to inorganic semiconductor photocatalysts, which typically show wide and difficult to tune bandgaps, and thus are not able to absorb a significant portion of the solar spectrum. This has generated interest in organic semiconductor photocatalysts, which offer numerous opportunities for optimisation of their energy levels and properties through chemical design. Current work involves improving the morphology of organic semiconductor heterojunction nanoparticles for enhanced photocatalytic efficiency and developing porous frameworks for CO2 reduction.

McCulloch began his career after graduating with a PhD in Polymer Chemistry from University of Strathclyde, UK, at Hoechst Celanese Corporation in New Jersey, USA where he designed, developed and commercialized functional polymers for a range of optical, electronic, and drug-delivery applications including  a water-based antireflective polymer system for photoresist processes with AZ Clariant.  He then moved to ISP Corporation, in New Jersey, USA, to manage the polymer physics research group, working on developing methodology for rheological surface science and electronic products.

In 2000, he returned to the UK, as a research manager at Merck Chemicals in Southampton, where he was responsible for developing semiconducting polymers for organic electronic and solar-cell applications. A key aspect of his research was the exploitation of molecular alignment and organization of semiconducting polymers and small molecules in the liquid crystalline phase. At Merck, his group discovered a liquid crystalline thiophene polymer, pBTTT, which subsequently underpinned many research advances in charge transport of organic thin films since its publication in Nature Materials in 2006, which garnered the distinction of one of the top ten most influential papers published in the first five years of publication of the journal.

In 2007, McCulloch joined the faculty at Imperial College to continue research in organic semiconductor materials.  At this time, along with colleague Professor Martin Heeney, cofounded the specialty chemical company, Flexink Ltd, where he is currently the managing director, which have been in operation for the last 12 years, supplying a range of electronic materials to leading manufacturers across the world.  At Imperial, he continued to explore new chemistries for organic solar cells and transistors, developing the polymer IDTBT, which exhibits disorder free transport, and an early non-fullerene electron acceptor for solar cells, IDTBR.

McCulloch joined KAUST in 2014, and became Director of the KAUST Solar Center in 2016. His work developing new solar cell materials led to the discovery that a ternary materials blend, with two non-fullerene acceptors, could outperform the equivalent binary devices, leading to high power conversion efficiencies, that helped towards a resurgence in the field.  He continued to expand his application focus for polymer materials to perform at the interface between biology and electronics, demonstrating together with collaborators Jonathan Rivnay, George Malliaras and Sahika Inal, electron transport in an organic electrochemical transistor (OECT) operated in an aqueous electrolyte in ambient conditions.  This discovery provided the impetus for a new class of polymer based electrochemical transistor sensors for biological applications and improve the sophistication of bioelectronic devices. Further work with collaborator Inal has led to their employment in the detection of lactate and glucose with potential societal impact in healthcare. McCulloch joined University of Oxford in 2020, where he continues a range of research activities in the development of organic semiconductors for thin-film transistors, photovoltaics, photodetectors, photocatalysis and bioelectronics.