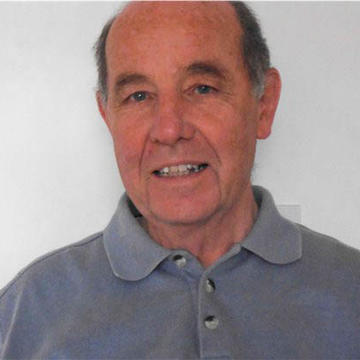 John Brown was a Lecturer in Organic Chemistry between 1974 and 2008 following an earlier post at the (brand new) University of Warwick between 1966 and 1974. He was and is a Fellow of Wadham College, now Emeritus. After retirement he held a Leverhulme Emeritus Fellowship for two years and with the initial help from this source continues to be research active through current collaborations, and involvement in non-experimental approaches to Catalysis.

In his thirty-four years at Wadham, starting with the first intake after gender desegregation, he taught a fantastic range of students with broad individual abilities and found the experience challenging and stimulating. One of the rewards of the job was seeing former students developing successful careers in diverse areas. He is always pleased to hear from former students and learn about their current activities.

John Brown's main long term involvement was in the catalysis of organic reactions, especially for enantioselective synthesis. He played a part in the emerging area of rhodium asymmetric hydrogenation, helping to unravel the mechanism through the characterization of reactive intermediates (sometimes called the Halpern-Brown mechanism), and contributing to substituent stereocontrol in directed hydrogenations where a stereocentre in the reactant controls the diastereoselection at a new one generated in the reductive step. This led naturally to work on asymmetric hydroboration, and by good fortune the ligand Quinap, designed and synthesized in the research group, proved very effective for this reaction. More recent ventures in catalysis include various studies of palladium catalysed coupling of alkenes (the Heck reaction) including asymmetric couplings, the ruthenium-catalysed reaction, C-H activation studies in arenes and heteroarenes, and perhaps the favourite - the observation of Pd-catalysed methylation of methylation via in internally activated TMS group. The mechanism of Soai's amplifying asymmetric autocatalysis and the structure of the reactive intermediates has been an enduring interest. Much of the emphasis in mechanistic work has been on NMR, as a characterization technique, for the identification of transient intermediates, and in studies of turnover.

Asymmetric catalysis has produced a vast literature and an amazing range of successes. Inevitably, the detailed understanding has lagged behind to a degree, and many groups are now making good the deficit. His work involves both computation and analysis. High level computational methods are routinely accessible now, and can be used by the non-professional. The emphasis is directed towards the ways in which ligand variation can make profound differences to the level of efficiency of catalysis and their role in the underlying recognition processes. A range of simple processes - for example reactions at the borderline of concertedness - are being addressed. The CDS crystallographic database is a superb resource for addressing the relationship between catalyst structure, selectivity and reactivity.

Some molecules and reaction systems 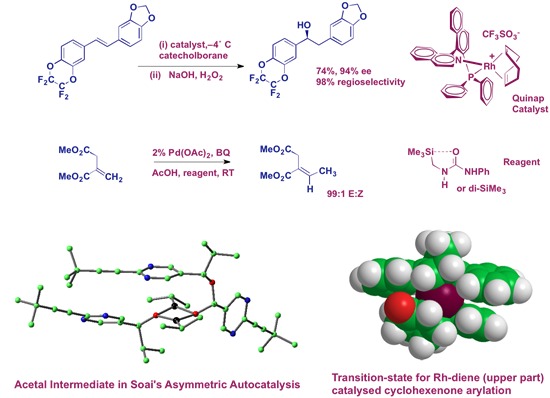