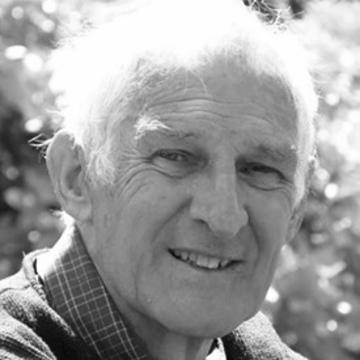 Professor Keith McLaughlan is an Emeritus Fellow of Hertford College and was Professor of Chemistry in the Department from 1996 to 2002.

Research is based around the intimate details of how free radical combination reactions occur in normal solution and in micelles, and how they may be controlled to optimise product yield. It ranges over chemistry, physics and biology, with emphasis on fundamental aspects of molecular dynamics, development of methods and theory, and the application of these to real problems, largely in physical organic chemistry. The basic techniques used are flash-photolysis electron spin resonance (FPESR), and the study of the effects of static and time-varying magnetic fields on radical combination reactions (Magnetic Field Effects, MFE).

FPESR is the only method which can identify transient free radicals from about 30ns after their formation in a laser flash, and it allows radical chemistry to be studied in unique detail. The method was pioneered here, and it contributed to the discovery of a new phenomenon, Chemically Induced Dynamic Electron Polarization (CIDEP). When first observed the radicals are not in thermal equilibrium with their surroundings, and so the intensities of the lines are non-Boltzmann. This allows the photophysics of molecules and their photochemistry to be linked, the multiplicity of the molecule which reacted to form radicals (singlet or triplet) to be deduced, and the relaxation times of radicals and triplets to be determined. It allows the subtle and fundamental details of radical combination reactions to be exposed. It acts as a wholly un-intrusive label for following reactions of radicals to form secondary radicals, exposing reaction mechanisms in a very direct manner. Each year a new application of FPESR with CIDEP is thrown up in the group.

The analysis of CIDEP and related phenomena led physical chemists to think more deeply about spin effects in chemistry. When radicals are formed, they are created in pairs and spin is conserved in the reaction process. For example, a singlet molecule dissociates to form a singlet "spin-correlated radical pair" in which the electron spins on the two radicals are opposite; a triplet molecule dissociates to yield a pair with identical spins. But reaction has a strict selection rule too: normally only radicals with opposite electron spins can combine to form products. In detail, therefore, the chemistry of combination reactions is controlled by spin effects, and these are studied, and reactions controlled, in a new area of chemistry known as "Spin Chemistry".

One way of controlling these reactions through influence on the rate of singlet-triplet mixing is to apply even a small magnetic field to the reaction vessel. In high viscosity solutions, and with chosen radical systems, the product yield can be changed by around 50%. We have recently done pioneering experiments to demonstrate that resonant radiofrequency electromagnetic fields also affect radical reactions. Besides leading to new ways of controlling chemistry, fundamental information is being obtained on the lifetime of the spin-correlated radical pair, and its influence on radical combination reactions.

Since radicals are prevalent in the human body it is possible that the effects of environmental fields on their reactions might lie behind the frequently-reported influence of power lines, cell telephones etc.