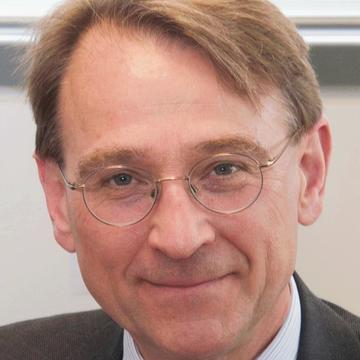 the gas phase using molecular beam scattering techniques. To probe the scattered products we use a technique known as velocity-map ion imaging, which enables us to directly image their nascent velocities. This method is usually coupled with resonantly enhanced multiphoton ionization, which facilitates quantum-state resolved detection of products. We often also use external magnetic or electric fields to orient or align reactant molecules, or to select reactants in a specific quantum state. The measured velocity distributions of the scattered products provide very detailed insight into the nuclear motion during the molecular collision. The results are supported by high level ab initio quantum and classical scattering calculations. Recent investigations into the inelastic collisions of NO with rare gases and simple molecules have highlighted the importance quantum interference arising from scattering at either end of near-homonuclear molecule. We are now investigating how the orientation of the reactant molecule influences the scattering process, as illustrated in Figure 1. This provides detailed information about the steric requirements for particular scattering processes and can be used to control the outcome of molecular collisions. 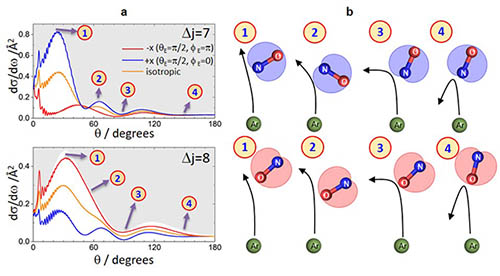 Figure 1. Left: The dependence of the differential cross section on the orientation of the initial NO bond axis (red, blue and yellow curves). Right: This information is used to construct the mechanism of the scattering process as a function of scattering angle. See Nature Chemistry, 11, 662 (2019).

We use femtosecond laser pump-probe techniques to provide real-time information about the dynamics of molecular photoisomerization and photodissociation – sometimes referred to as a molecular movie. To achieve this we use velocity map imaging to determine the velocities of ions generated through Coulomb explosion of the molecule of interest as it undergoes photochemical rearrangement. This work has been enabled using the PImMS camera, developed in collaboration with Professor Claire Vallance and colleagues in Oxford Physics and the Rutherford Appleton Laboratory, which allows us to determine the velocities of multiple ions in any given time-of-flight cycle. Because we detect the ions with relatively high efficiency we are able to use a statistical method, known as covariance imaging, to extract correlations between the velocities of different ions. The combination of covariance imaging with the Coulomb explosion of molecules induced by ultrafast lasers has allowed for direct imaging of the structure of complex polyatomic molecules on a femtosecond timescale, as illustrate in Figure 2. Coulomb explosion imaging has also been used to investigate the femtosecond nuclear motion in molecular photo-dissociation and in vibrationally excited molecules in real time. 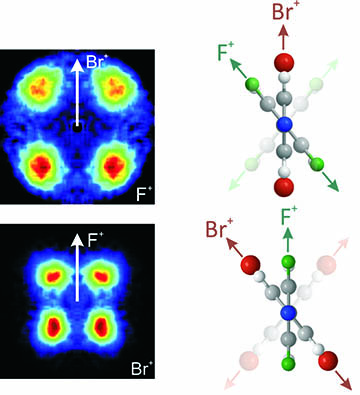 Figure 2. Left: Covariance maps showing the relative velocities of fluorine and bromine ions following Coulomb explosion of a substituted biphenyl molecule. Right: A depiction of the biphenyl molecule as viewed down the long molecular axis. Direct structural information can be extracted from these maps. See Phys. Rev. A 89 011401(R) (2014).

Our work in this area involves developing new methods in imaging mass spectrometry, an analytical technique which allows one to obtain a spatially resolved mass spectrum of a surface. To achieve this, a sample is ablated with a defocussed laser or ion beam, releasing ions from the surface into the gas phase. These ions are then accelerated towards an ion imaging detector using electric fields which map the ions’ original spatial distribution (see Figure 3). The method is sometimes referred to as microscope mode imaging mass spectrometry, reflecting the fact that multiple ions are imaged in a given time-of-flight cycle. The technique can be used in the chemical analysis of surfaces, including biological material such as tissue samples. The technique for parallel, high throughput sample analysis using mass spectrometry. 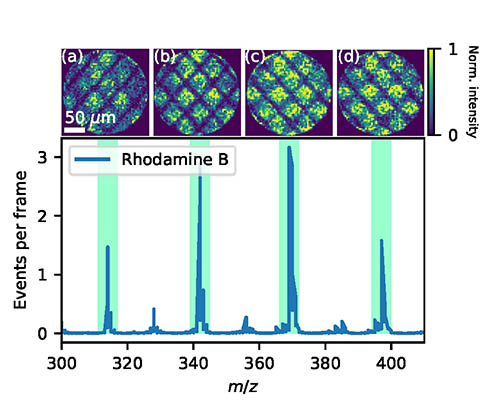 Figure 3: Example of spatial imaging mass spectrum in which a spatial map of the ion (top row), as originally positioned at source, is obtained for each mass peak (see the time-of-flight spectrum shown in the bottom panel). See Rev. Sci. Instrum. 91, 023306 (2020).

A Fellow and Tutor in Chemistry at Jesus College, Oxford, Mark read Chemistry at Wadham, then took his DPhil at Linacre College under the supervision of Professor MJ Pilling. He then moved to the University of Nottingham as a post-doctoral researcher with Professor John Simons FRS, becoming a lecturer there in 1989, before moving back to Oxford in 1993. His research is mainly in the area of molecular reaction and photodissociation dynamics, and he is a past recipient of the Chemical Dynamics Award of the RSC. He became head of Physical and Theoretical Chemistry in 2011, and has been Head of Chemistry since September 2015.