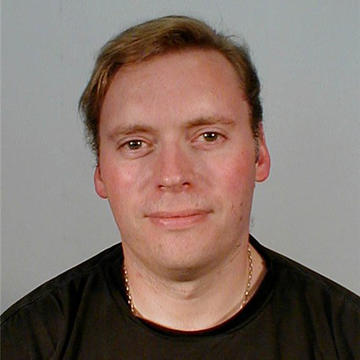 The primary focus is on the construction, development and application of relatively simple potential models. The reduction of potentially complex intermolecular interactions, in terms of relatively simple energy functions, allows a wide range of systems, with potentially unique properties, to be accessed. In all cases direct links have been established with on-going experimental investigations (neutron and X-ray diffraction, electron microscopy, Raman spectroscopy, NMR... at high temperatures and pressures).

Two dimensional random networks are observed across different length scales: from nanometres (amorphous graphene); to metres (Giant's causeway); to kilometres (geopolitical borders). They are all planar 2D networks and can be represented as a tiled arrangement of polygons. Traditionally, semi-empirical laws provided a theoretical understanding of the complex behaviour of networks (MgO grains, thin silica films, or epithelial cells). We have developed methods for generating 2D networks in a controlled manner which has allowed us to study a diverse range of systems, from amorphous graphene, to bilayers of silica, to colloidal monolayers and biological networks. In addition, empirical laws have been replaced with metrics associated with network theories applied to complex networks such as the world-wide web. The ability to understand these network structures, and how they relate to real-world examples, will enable a better understanding of the factors which control their growth and lead to more controlled material properties.

Systems such as SiO2, GeO2, ZnCl2, GeSe2 and BeCl2 can be considered as constructed from a network of MX4 tetrahedra. At the extrema SiO2 can be considered as a (three-dimensional) network of strongly-bonded corner-sharing tetrahedra whilst BeCl2 can be thought of as an ensemble of weakly bonded (pseudo-one-dimensional) edge-sharing units. Systems such as GeSe2 have intermediate structures, containing both corner- and edge-sharing units, the presence of which controls the network physical properties. These systems often exhibit structure on more than one length-scale, often on an intermediate range (i.e. on a length-scale longer than the short-range order imposed by the Coulombic ordering). Furthermore, the short-range order percolates to extended range (over 5nm). In our simplified models the fraction and edge- and corner-sharing units is controlled and hence the effect of these units on the structural and dynamic properties can be understood. The length-scales accessible allow direct observation of the extended-range order and allow for direct links to liquid state theories.

Experimental advances are allowing more extreme conditions to be attained. High temperatures and pressures allow previously unobserved crystal structures to be accessed. Simulation models allow these observations to be directly interpreted and, in addition, allow the atomistic phase transition mechanisms to be identified.

Systems such as Si, Y/Al/O mixtures and H2O display thermodynamic anomalies (for example, density maxima on heating). By controlling the balance of interactions in simple potentials the relationships between anomalies can be studied and compared to theoretical predictions. The same systems show polyamorphism, the existence of amorphous phases with identical compositions but different densities. Low- and high-density (LDA and HDA) states may be accessed directly from simple models and used to interpret experimental observation. Alternatively, signatures of polyamorphism may be detected in the liquid state (just above the system melting point) and the atomic configurations responsible for the underlying polyamorphism identified.

Understanding the structure of, for example, carbonates is vital for advancing CO2 sequestration. We have developed models which allow charge to “flow” within an anion depending upon the environment. As a result, we have identified the existence of complex networks which have a significant effect on key properties such as the viscosity (fragility).

Mark Wilson is a Professor of Chemistry in the Physical and Theoretical Chemistry Laboratory (PTCL, Department of Chemistry) at the University of Oxford. His group develop relatively simple models in order to understand complex condensed phase phenomena. Their research involves close collaboration with on-going experimental activities. He graduated from the University of Oxford with a first-class BA (Hons) degree in Chemistry and obtained his DPhil from the same institution in 1994 working on many-body effects in condensed ionic systems (supervised by Professor P.A.Madden FRS FRSE). Early in career he was an Alexander von Humboldt Fellow at the Max-Planck-Institut für Metallforschung (in Stuttgart) working with Professor M.W.Finnis. He returned to the University of Oxford (PTCL) in 1996 as a Royal Society URF before moving to University College London in January 2001. He was promoted to Reader in October 2004. He returned to the University of Oxford in September 2007 as a Reader on appointment and was promoted to Professor in 2014. He has published more than 160 papers and was awarded the Harrison Memorial Medal by the Royal Society of Chemistry in 1998.