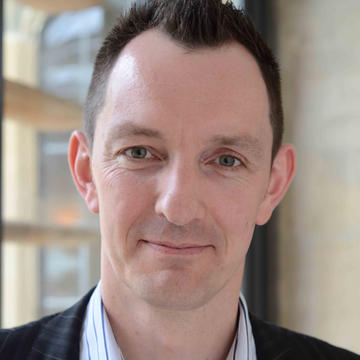 Director, EPSRC Centre for Doctoral Training in Synthesis for Biology and Medicine

We are a synthetic chemistry research group with a focus on enantioselective catalysis, the synthesis of complex molecules and the investigation and exploitation of non-covalent interactions. For more details, visit our group website.

A focus of our current work is the development of catalytic enantioselective methods for the synthesis of complex molecules.  We have focused in recent years on the application of chiral counter-ions to control absolute stereochemistry. Our initial work on an approach to enantioselective electrocyclization led to a method for the synthesis of indolines, that provided insight into the mechanism of phase transfer catalysis.

We have extended this approach to the synthesis of pyrroloindolines and indolenines, and demonstrated that enantioselective 5-endo-trig Michael addition reactions are not always precluded by geometric constraints (as embodied by the Baldwin rules).

We are also engaged in the total synthesis of complex natural products using cascade sequences to shorten or accelerate synthetic sequences.  We have completed the synthesis of (-)-Gephyrotoxin via a reductive intramolecular enamine-Michael cascade that delivers the natural product in nine steps and allows confirmation of its absolute configuration.

We have also recently completed a short synthesis of rac-morphine that includes a cascade ene-yne-ene metathesis cascade and a UV light mediated arylation. The sensitivity of this UV-mediated transformation led us to investigate an alternative method to achieve this reaction, which led to the development of a visible light mediated 6π heterocyclization procedure.

Non-covalent interactions in catalysis and structure

We have built structures stabilized by hydrogen bonds such as helices, sheets and turns, and have used a designed β-turn construct to generate efficient hydrogen bonding catalysts that provide very high levels of enantioselectivity at low loadings.  We are particularly interested in the structural influence of the C—H···O interaction and have probed this through a series of solution and solid state studies, which indicate that under certain circumstances the C—H···O can be a determinant rather than a consequence of conformation.

We have also shown the importance of this interaction in the reaction of chiral ammonium salts, in our earlier work on phase transfer catalysis.

EPSRC Centre for Doctoral Training in Synthesis for Biology and Medicine