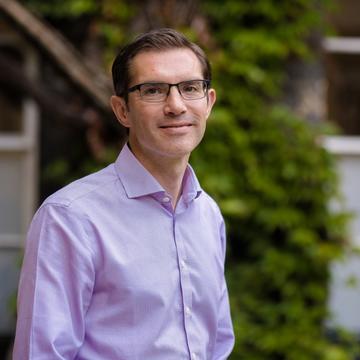 The general theme of our research is Organic Synthesis. More specifically we are interested in developing and utilising modern organic chemistry techniques to provide innovative solutions to many of the long-standing challenges of organic synthesis. We are particularly interested in exploring all aspects of selectivity. One of our goals is to develop methods that will be used by others, and particularly by synthetic chemists in the pharmaceutical and agrochemical industries. Developing new catalytic reactions, often using transition metal catalysts is a focus, as is using these catalysts to achieve efficiency and selectivity in synthesis. Some current areas of interest are highlighted below.

Catalytic methods to sulfur functional groups
The central position of a broad range of sulfonyl-derived functional groups, such as sulfonamides and sulfones, in many biologically relevant molecules has drawn us to develop a series of reactions targeting these motifs. One of the key advances in achieving this was the introduction of the sulfur dioxide surrogate, DABSO, as a stable, solid, and easy to handle reagent. DABSO is now available from multiple vendors. Using DABSO as the sulfur dioxide source has allowed us to develop new catalytic reactions towards sulfinates, sulfonamides, sulfones and sulfonyl fluorides. These reactions are achieved using palladium copper and nickel catalysts. We are also interested in developing routes to the “aza” derivatives of these functional groups, and this has in turn led to the development and commercialisation of a series of new sulfinylamine reagents. These reagents have the form R-N=S=O, and are the mono-aza analogues of sulfur dioxide. Using these new reagents in the development of new catalytic reactions is a research goal.

Enantioselecive catalysis
We are also interested in developing enantioselective reactions. The aza-sulfonyl functional groups described above, such as sulfoximines and sulfonimidamides, can all possess chiral variants, and as such represent exciting targets to develop new enantioselective methods. We have a long-standing interest in enantioselective desymmetrisation methods, and continue to exploit this powerful concept in the development of new catalytic reactions.

Cross-coupling methods
We are interested in new methods to achieve carbon-carbon cross-coupling reactions, particularly in the sphere of aromatic heterocycle coupling reactions. Traditional coupling methods such as Suzuki-Miyaura reactions are notoriously challenging when applied to many heterocycle examples, and this is mainly due to the instability of the relevant boron-derived reagents. To address these issues we have introduced heteroaryl sulfinate salts as nucleophilic coupling partners in palladium-catalysed cross-coupling reactions. These reagents are straightforward to prepare, are stable, and perform well in reactions with a broad range of coupling partners. We continue to be active in this area, and are exploring new families of reagents and catalysts that can deliver reactions that are even broader in scope, and that operate under a variety of reaction conditions.

Target synthesis
For all of the reactions that we develop we are keen to showcase their utility by applications in target synthesis. Given the motifs that we target, these syntheses are often pharmaceutical or agrochemical in nature, but can also include natural products.

In 1997 he returned to the UK and he was appointed to a Lectureship in the Department of Chemistry at the University of Bath. He moved to Oxford in January 2007, and was promoted to Full Professor in 2013.

His research interests are based around the development of new catalytic processes and their application in synthesis, which has more recently included the development of new catalytic reactions using sulfur dioxide. His work has been recognised by the award of the 2015 Pfizer, AstraZeneca, Syngenta Process Chemistry Research Award, the 2014 Royal Society of Chemistry Catalysis in Organic Chemistry Award, and 2008 AstraZeneca Award in Synthetic Organic Chemistry.