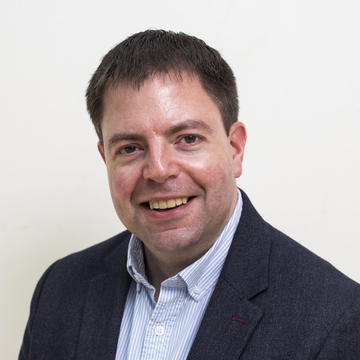 My research focuses on the synthesis and study of novel solids which exhibit unusual electronic and magnetic behaviour. A particular area of interest is the utilization of unusual synthetic techniques and conditions to increase the degree of control and selectivity exhibited by solid state reactions, with a view to undertaking the directed synthesis of ‘designed’ solid-state compounds.

In general, the methods utilized to prepare solids employ high temperatures to overcome the considerable diffusion barriers present in most solid-solid reactions. These high temperature treatments generally result in the thermodynamic selection of reaction products (they form the most thermodynamically stable products), precluding the formation of a large number of metastable compounds which have low thermal stability. We try to develop synthetic techniques that will allow much lower synthetic temperatures to be used, allowing us access to reaction conditions where kinetic control can be exerted on product selection.

One approach to this problem is to utilize the observation that in many extended solid systems, one type of ion is considerably more mobile than the rest of the species which make up the phase. This mobility difference allows us to selectively insert, remove, or exchange these more mobile ions while the ‘host’ lattice remains essentially unchanged. By modifying solid-state systems in this way we can prepare highly metastable materials which are not easily prepared by conventional high-temperature synthesis routes.

Binary metal hydrides can be utilized to extract oxide ions from complex transition metal oxides. The resulting phases can contain transition metal cations in highly unusual oxidation states and/or coordination environments. Alternatively, binary hydrides can also bring about hydride-for-oxide anion exchange to yield oxide-hydrides phases, which contain both O2- and H- anions. The lack of pi-symmetry valence orbitals on the hydride ion means that anion-ordered oxide hydride phases can have electronic band structures which are qualitatively different from their all-oxide analogues.

Ferroelectric behaviour – the presence of a spontaneous, switchable electrical polarisation – can be induced into materials with layered perovskite-type structures by carefully controlling the cooperative tiling distortions of their constituent MO6 octahedra. Soft chemical synthesis approaches, such as anion insertion or cation substitution can be used to induce of modify ferroelectric behaviour in these phases, and in principle combine ferroelectricity with magnetism to yield magnetoelectric multiferroic behaviour.

Li-ion batteries can provide the large-scale energy storage that will be required when renewable power generation (wind, solar, tide) replaces fossil fuels. However current Li-ion battery technology utilizes expensive and relatively rare elements (Co, Mn, Ni) which will restrict the large-scale deployment of Li-ion batteries, in transport applications for example. We are attempting to prepare Li-ion cathode materials containing earth-abundant elements, particularly iron, to address this challenge. Again, we make use of low-temperature, kinetically controlled reactions to prepare Li-rich iron oxides and oxy-halides for these applications.

Michael Hayward is a Professor of Inorganic Chemistry and Tutorial Fellow at Somerville College. He completed his D.Phil. in Oxford under the supervision of Prof. M. J. Rosseinsky (now at the University of Liverpool). After completing a period of post-doctoral research with Prof. R. J. Cava at Princeton University he returned to Oxford in 2002, initially as a Royal Society University Research Fellow and JRF at Merton College, before being appointed to a fellowship Somerville College in 2004. He was awarded the Meldola Prize in 2002.