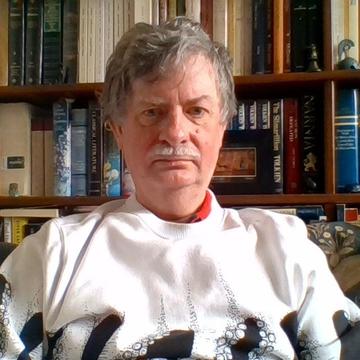 We are interested in the ways in which dynamical random processes influence reaction rates.

The systems we investigate can be categorised according to the nature of the underlying random process:

· The diffusion and reaction of particles in solution (Brownian motion)

· Stochastic descriptions of kinetics in systems with small numbers of reactants

The main applications of this research are in radiation chemistry, the study of the chemical effects of ionising radiation. Radiation tracks contain microscopic clusters (spurs). Spurs contain small numbers of highly reactive particles, which recombine on a picosecond timescale. The kinetics and yields are strongly dependent on the numbers of particles in the clusters, their relative spatial arrangement and the structure of the track. Normal theories of geminate recombination or homogeneous reaction are not applicable. We have developed a stochastic theory of the kinetics which takes into account both the small numbers and the clustered spatial distributions. Most of the species are radicals and the chemistry may also be influenced by spin correlations, which is also the subject of current investigation.

The reactive particles produced by radiation can attack other molecules in the vicinity, leading to biological damage or corrosion of metal surfaces. To understand these effects it is important to understand both the kinetics and the spatial distributions of surviving radicals, as they give rise to correlation effects in the scavenging rate constants.

A proper understanding of radiation chemistry requires a theory for all the following stages:

· the thermalisation, capture and solvation/solvolysis of the fragments

· diffusion-controlled recombination of radicals and ions

· competitive scavenging by other molecules, macromolecules and surfaces

We have made contributions in many of these areas, especially in diffusion kinetics, where our stochastic simulation method (the IRT method) is now used world-wide. This is a method to generate reaction times taking into account the pairwise spatial correlations in the initial system.

We are developing fast and simple methods for the global analysis of rate data, using a stochastic description of the energy transfer process, and sometimes of the microcanonical reactivity. Most current work investigates the analysis of complex schemes, such as reversible systems, multiple connected minima in the potential energy surface and chemical activation systems where complications include nonlinear rate laws for association reactions.

These methods are based on a master equation description of the energy transfer processes and focus on the ways in which this can be formulated, solved and the results interpreted in terms of classical reaction schemes. There are many complications still to be resolved.

Prof Green completed his BA, MA and DPhil in Chemistry at Jesus College Oxford and subsequently held an SERC Research Fellowship and a JRF at Jesus, followed by a period in the Radiation Laboratory at the University of Notre Dame in the USA.

Prof Green returned to Oxford as Tutorial Fellow in Physical Chemistry at Magdalen College, and was subsequently appointed to a Lectureship at King’s College London, where he remained for 15 years, becoming a Reader in Chemistry, Deputy Head of Department and Chair of the Senior Common Room. Prof Green returned to Oxford as Director of Studies and Chair of the Faculty of Chemistry in 2006. He is now Associate Head of Department (Teaching). In 2014 Prof Green received an Oxford University Individual Teaching Award - given for excellence in teaching.