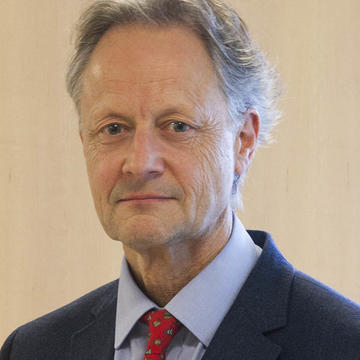 My general field of research is host-guest supramolecular chemistry, which covers a broad area of interests.

With a view to increasing the understanding of molecular recognition processes in biological systems and producing new molecular sensors, switches and devices, my research is focused on the synthesis of novel macrocyclic and interlocked host molecules that contain redox- or photo-active reporter groups. These systems have been designed to complex and sense cation, anion or neutral inorganic or organic guest species via electrochemical and optical methods. Selective binding of a particular guest species is of paramount importance for commercial applications such as potential prototypes of new molecular sensory devices, molecular switches and extraction agents for cleansing the environment of toxic materials.

The synthesis of novel mechanically interlocked host molecules using anion and cation species as templating motifs is a key area of our research. Using this methodology, we have constructed a range of novel rotaxanes and catenanes, wherein the ion template directs the interpenetration process. After template removal, these interlocked host systems have the potential, by virtue of their unique three dimensional topological cavities, to exhibit unprecedented highly selective recognition properties.

The synthesis of novel anion sensors is achieved through the attachment of redox- and photo-active reporter groups, such as ferrocene, transition metal luminophores and emissive lanthanide complexes, to selective anion receptors. Careful design enables these sensor molecules to optically or electrochemically detect anionic guest species of particular biological, medical and environmental importance, such as phosphates, nitrate, halides and carboxylates. The topology of the host cavity is designed to complement the target anion and results in the desired selectivity.

Surface and Nanoparticle Based Anion Sensors

There has been an explosion of interest in the area of surface and nanoparticle chemistry in recent years, due to the singular optical and electrochemical properties of nanoparticles and their applications in catalysis, biomedical imaging and materials. In collaboration with Professor Jason Davis, our research in this area focuses on exploiting the remarkable surface enhancement of anion recognition to fabricate highly sensitive and selective anion detection devices.

Mechanically interlocked molecules are firmly established entities in the field of nanoscale molecular machines because of their ability to undergo controlled and reversible molecular motion through changes in the relative positions of their constituent parts. By careful design the inherent dynamics of such systems may be stimulated through anion recognition mediated intramolecular motion between interlocked molecular components which results in the generation of a detectable optical or electrochemical sensory response.

This exciting area of coordination chemistry is concerned with the syntheses of host molecules that contain binding sites for both cation and anion guest species. These host systems are designed to be selective for target metal salts, for example alkali metal halides and zwitterionic guests such as amino acids. The simultaneous binding of toxic/radioactive ion-pair species make these systems novel extraction reagents for the purification of industrial effluent, soil water and radioactive waste streams.

Paul D. Beer is a professor of supramolecular chemistry. His research group’s interests cover many areas of coordination and supramolecular host-guest chemistry, focusing on developing new molecular sensors, switches, machines and catalysts. He obtained his BSc and PhD from King’s College London, the latter in the area of organophosphorus chemistry supervised by Dennis Hall. A Royal Society European Postdoctoral Fellowship enabled him to change research direction and conduct research in supramolecular chemistry with Professor Jean-Marie Lehn at the Université Louis Pasteur, Strasbourg, France. After a demonstratorship at the University of Exeter and a Lectureship at the University of Birmingham, in 1990 he moved to the Department of Chemistry, Inorganic Chemistry Laboratory, University of Oxford.

His work has been recognised by prizes and awards including the Royal Society of Chemistry (RSC) Meldola Medal (1987), UNESCO Javed Husain Prize (1993), the RSC Corday-Morgan Medal (1994), the RSC Tilden Lectureship and Medal (2005-2006), the international Izatt-Christensen Award (2015) for macrocyclic and supramolecular chemistry and an honorary doctorate from the University of Murcia, Spain (2017).