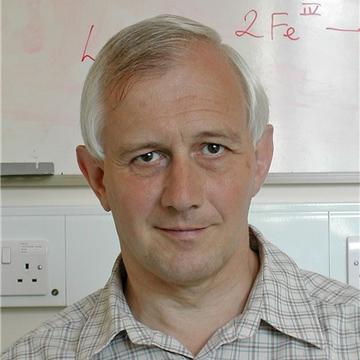 Peter Battle, who retired in 2020, was an undergraduate student at the University of Bristol before coming to Oxford in 1976 to work as a graduate student with Tony Cheetham. He then spent four years as a CEGB Research Fellow in the ICL and at St. Catherine’s College before taking up a lecturership at Leeds University in 1984. He returned to the ICL and St. Catherine's as a Lecturer and Tutorial Fellow in 1989 and was given the title of Professor of Chemistry in 2002. He held visiting professorships at Caen (1988), Bordeaux (1995) and Sydney (2014).

Peter Battle was interested in the magnetic properties of oxides throughout his career but there were temporary excursions into a number of different areas including oxide-ion conductors, heterogeneous catalysis, computational chemistry and magnetic nitrides.