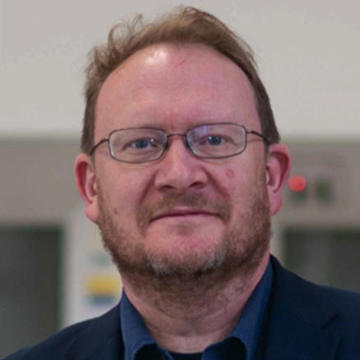 Professor of Main Group Chemistry and Director of the OxICFM CDT

Research in the Aldridge group is focussed on moulding Main Group compounds to achieve ground-breaking reactivity in the capture and activation of small molecules. Much of our work focuses on the design and synthesis of compounds based on the group 13 and 14 elements, targeting systems with unprecedented bonding motifs and/or electronic structure and which are capable of the transformation of industrially relevant substrates. Ultimately, our aim is to develop compounds which alter the perception of the capabilities of Main Group compounds in stoichiometric and catalytic reactions. Further details of our research interests can be found on the group's own website.

Originally from Shrewsbury, England, Simon received both his BA and DPhil degrees from the University of Oxford, the latter in 1996 for work on hydride chemistry under the supervision of Tony Downs. After post-doctoral work as a Fulbright Scholar at Notre Dame with Tom Fehlner, and at Imperial College London (with Mike Mingos) he took up his first academic position at Cardiff University in 1998.

He returned to Oxford in 2007, being promoted to professor in 2010. Prof Aldridge has published more than 200 papers to date and is a winner of the Dalton Transactions European Lectureship (2009) and the Royal Society of Chemistry’s Main Group Chemistry (2010) and Frankland Awards (2018).

Beyond the UK he was Visiting Lecturer of the Organometallic Chemistry Division (GEQO) of the Spanish Royal Society of Chemistry (RSEQ) in 2018, and has also held positions as Distinguished Visiting Lecturer at Hong Kong Baptist University (2014) and University Visiting Professor at Monash University (Melbourne, 2012). Since 2018 he has been Director of the Oxford/EPSRC Centre for Doctoral Training in Inorganic Chemistry for Future Manufacturing, a £10.4M programme to train the next generation of scientists in inorganic synthesis. Simon is also a tutorial fellow in chemistry at The Queen's College.