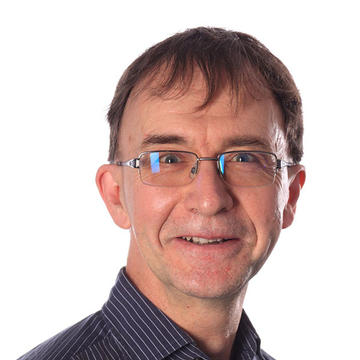 I am a Departmental Lecturer in Practical Chemistry.

Simon was born in Bradford. He spent his early academic and teaching career in Oxford where he became an undergraduate in 1975 and completed his doctorate in 1984. He taught the Inorganic Chemistry for Lincoln College from 1983-1988 and demonstrated on the Inorganic Practical course as first a junior then senior demonstrator from 1980-1988. During this time Simon developed a new practical on Insertion compounds part of which still runs in the current practical course in Oxford. After completing post-doctoral appointments in the Inorganic and Chemical Crystallography departments, Simon left Oxford and the UK to take up an assistant professorship at the University of Idaho in the US. He returned via a the Max-Planck-Institut für Festkörperforschung, Stuttgart, Germany, where he was a visiting scientist, to take up a lectureship in Chemistry at the University of Reading in 1990 and became a Reader there in Solid State Chemistry in 2004. Simon left Reading in 2011.

Simon has a long-standing interest in the structure of solids and in particular disordered materials, including both amorphous and disordered crystalline material. Amorphous transition metal sulfides and disordered crystalline metal cyanides have been particular interests. Simon has over 80 publications and continues to publish. In his spare time Simon is a keen ice-skater and competes in adult international events. He is chairman of the Oxford Ice Dance Club and Oxford Ice Skating Club.