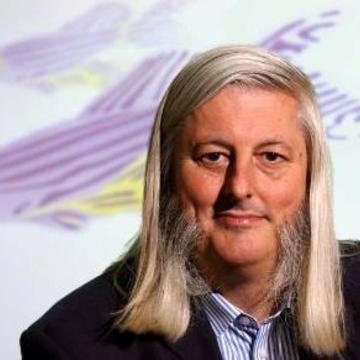 Steve Davies obtained his Bachelor of Arts degree in 1973 from New College, Oxford, and his Doctor of Philosophy in 1975 under the supervision of Gordon H. Whitham.

In 1980 he returned to Oxford to take up a University Lectureship in Chemistry. Whilst remaining an active academic, in 1991 he founded Oxford Asymmetry Ltd (an asymmetric synthesis company) as sole investor.[5] He also founded Oxford Diversity Ltd (a combinatorial chemistry company). These two companies were combined to form Oxford Asymmetry International Plc in 1999 which was sold to Evotec in 2000, valued at £316m. In 2003 he founded VASTox (Value Added Screening Technology Oxford) a zebrafish screening company. It floated on AIM in 2004 and has since acquired Dainolabs (zebrafish) and Dextra (a carbohydrate chemistry company) as well as the assets of MNL Pharma.[6] VASTox then changed its name to Summit. In 2009 the zebrafish screening operation was acquired by Evotec for £0.5 Million. In 1996, he became Professor of Chemistry and in 2006, Waynflete Professor of Chemistry.

Davies is founder and editor-in-chief for Tetrahedron: Asymmetry.

Davies along with Malcolm Green and Michael Mingos have compiled a set of rules that summarize where nucleophilic additions will occur on pi ligands.

Research within the Davies group is concerned with investigations into a wide variety of topics including the development of new synthetic methodology, catalysis, mechanistic investigations, total synthesis and collaborative projects in medicinal chemistry. For example, this includes  new applications for the conjugate addition of enantiopure lithium amides, development of kinetic resolution processes for the preparation of functionalised molecular building blocks, new methods for nucleophilic fluorination, methodology for the chemoselective functionalisation of unsaturated amines at the olefin (rather than the nitrogen atom), and application of these methodologies to the total synthesis of natural products of biological significance (including pyrrolidines, piperidines, tropanes, pyrrolizidines, and imino- and aminosugars).

(i) Lithium Amide Conjugate Addition
Chiral lithium amides have been extensively used and studied within organic synthesis as effective reagents for a range of transformations including enantioselective reduction, alkylation, deprotonation, desymmetrisation and kinetic resolution. Lithium amides may also act as nucleophiles. Within this arena, we have shown that the conjugate addition of a range of secondary lithium amides, derived from enantiopure α-methylbenzylamine, to α,β-unsaturated esters represents an efficient method for the preparation of β-amino esters and their derivatives (including β-amino acids and various alkaloids). We have exploited this reaction in a range of synthetic applications, including the initiation of tandem processes, enantiorecognition phenomena, and total synthesis.

(ii) Ammonium Directed Oxidation of Allylic Amines
Treatment of allylic amines with acid followed by m-CPBA gives the corresponding amino diols as the major products, consistent with hydrogen-bond directed attack of the peracid to give the corresponding epoxide, followed by regioselective ring-opening. This metal free sequence of reactions leads to very highly diastereoselective transformations in both cyclic and acyclic systems. We have used this methodology as the key synthetic step to enable the asymmetric syntheses of iminosugars such as (+)-1-deoxynojirimycin and aminosugars such as L-acosamine.

Total Synthesis
We have utilised the methodology developed in the group in total syntheses of a range of enantiopure compounds including natural products, their analogues and other potential therapeutic agents. Recently completed syntheses include (+)-pseudococaine, (−)-absouline, (−)-angustueine, (+)-pseudodistomin D, (+)-1-deoxynojirimycin, (−)-nakinadine D, (−)-codonopsinine and (−)-hopromalinol.

Medicinal Chemistry
There is huge potential for chemistry to have an enormous impact on the biological and medicinal world. We have several highly successful multidisciplinary research collaborations including the development of small molecules to determine stem cell fate, novel protein tyrosine phosphatase inhibitors for treatment of cancer and transcriptional upregulation of utrophin in the treatment of Duchenne Muscular Dystrophy (DMD).