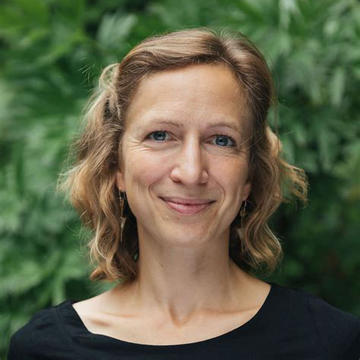 We are an experimental research group exploring the physics and physical chemistry of liquids and soft matter. Of particular interest are highly concentrated electrolytes, and liquids at interfaces and in confined geometry.

Nano-confined liquids
The properties of fluids confined to nanoscale films or pores can diverge dramatically compared to the bulk fluid. This has important and wide-ranging consequences; from the role of trapped water and ions in biological complexes to the cycling of ions in and out nanoporous electrodes in batteries.  We investigate this using a Surface Force Balance (SFB) to look directly at the structure and dynamic properties of fluids confined to films of just a few molecular layers in thickness.

Molecular mechanisms of friction and energy dissipation at the nanoscale
Understanding friction and lubrication at the molecular level is important for many applications, ranging from the design of artificial joints (aqueous lubrication) to micro- and nano-fluidic devices. The classical laws of friction do not necessarily transfer directly to the molecular scale, so well-characterised model experiments are necessary for determining the relevant rules for energy dissipation at the nanoscale.   To this end, we carry out experimental measurements of the lateral force during shear of nano-confined fluid or soft matter (oils, water, electrolytes, polymers, surfactants etc) with well controlled film thickness, applied load, shear rate, etc.  Current work involves designing ways to externally switch or control friction.

Innovating methods and instrumentation
We use a custom-built Surface Force Balance (SFB, also called Surface Force Apparatus) for high resolution measurements of optical, electrical, and mechamical properties of liquid films confined between two smooth solid surfaces. White light multiple-beam interferometry is used to determine the film thickness and optical characteristics.  We have an ongoing programme of research developing new methodologies for the SFB in order to apply controlled electrical potential to the surfaces (using graphene or gold electrodes in place of the standard mica substrates); methods for applying electric fields across the liquid film; and methods for analysing dynamic forces such as viscous drainage and boundary slip/stick.

Susan Perkin is Professor of Physical Chemistry and Fellow of Trinity College, Oxford. She studied at St. John’s College, Oxford (MChem 2002) and Balliol College, Oxford (DPhil 2006; Jowett Senior Scholar), spending much of her DPhil as visitor at the Weizmann Institute of Science. She was elected to a Junior Research Fellowship at Merton College (2005-2008). She moved to UCL in London (2007-2012, as RCUK Fellow then Lecturer) where she set up a laboratory and research group to work on ionic liquids and liquid interfaces. In 2012 she was appointed to a faculty position in the Physical & Theoretical Chemistry Laboratory, University of Oxford, and in 2019 awarded the title of Professor. Susan currently leads a research team with interests in concentrated electrolytes and ionic liquids, molecular mechanisms of friction and lubrication, field effects on confined liquids, and controlling surface forces. In recent years Susan has been awarded a Starting Grant from the ERC (2015), the Harrison-Meldola Memorial Prize (2016) from the Royal Society of Chemistry, a Philip Leverhulme Prize (2016) from The Leverhulme Trust, the Soft Matter Lectureship (2018) from the journal Soft Matter and a Consolidator Grant from the ERC (2020). Susan serves as member (2013-) and deputy chair (2020-) of The Royal Society's Physical Sciences Research Grants Board; member (2018-) and chair (2021-) of the RSC Faraday Standing Committee on Conferences, member of The Royal Society's Newton International Fellowships committee, editorial board member of Chemical Society Reviews and editorial advisory board member of Soft Matter. Susan is also Trustee and Governing Body member of Trinity College, Oxford.