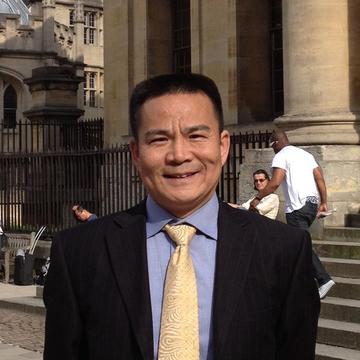 For many years, my work is mainly on novel but cleaner and more effective catalysts for energy like fuel/chemical production and environmental  purifications. The catalysts are mostly based on supported transition metals, oxides, carbides, nitrides or sulphides or noble metal catalysts with high surface area and desirable structure and size, which can be made through our platform technology, e.g, organic metal matrix (OMX) method for catalyst design and preparation. The resultant catalysts showed super performance various catalytic processes.. When exposed under microwave irradiation, our catalyst can selectively break C-C bonds or C-H bonds so as to make hydrogen from plastics waste or make monomers from the polymer waste.

With many years research and expertise in catalysis and chemical and energy industry, we would like further to develop catalysts for circular economy in polymer and sustainable fuel sectors, producing SAF or bio-degradable plastics from CO2, so as to promote the zero-emission economy.

A variety of advanced physical techniques are used in our research to study and understand the correlations between catalyst structure, functions and performance, so as to design and develop better catalysts from micro to macro scale. These techniques in our lab include synthetic chemistry, catalyst test rigs; and characterisation tools such as X-ray diffraction, solid state NMR, Laser Raman, BET surface area, FTIR and electron-microscope.

Catalysts for CO2 to SAF or Zero Carbon Fine Chemical

We have designed and prepared iron based catalyst system using our organic metal-matrix (OMX) method and can catalyse CO2 and H2 to sustainable aviation fuel or linear alpha olefins in one step with high activity, stability and selectivity. This is a breakthrough technology enabling carbon capture and utilization to be more technical-economical feasible, and promoting the carbon neutral aviation industry.

We have developed novel catalysts and corresponding process for microwave assisted catalysis, which can selective break C-H or C-C bond in hydrocarbons, including natural gas, liquid hydrocarbon, wax and polymers such as polyethylene, polypropylene and even tyres.  Polymers like PE, PP and PS  have many applications that make our lives productive, healthy, and safe. However, the increasingly consumption of the polymers has its consequences, especially in a “take-make-dispose” linear economic system. With this microwave assisted catalysis, the used polymers can be safely and cleanly disposed and even can be converted into monomers, which enable a circular economy, leading to sustainable development

We have developed various catalysts and materials which have been adopted or showed super performance in industrial applications;

•    Iron based catalyst for CO2 to SAF or sustainable fine chemicals with green hydrogen, which has attracted more than 200                   worldwide media coverage including Washington Post, Daily Mail, Wired, Forbes and CEN news et.al;

•    New catalysts and reactor for  plastics wastes to hydrogen or monomers;

•    Novel technology and catalyst for pyrolysis oil upgrading and refine, based on which Oxford Sustainable Fuels was formed.

•    Our cobalt based Fischer-Tropsch catalysts have been validated by several international companies;

Dr Tiancun Xiao is senior research fellow in Chemistry Department, Oxford University since 2004. He obtained his BSc from Department of Chemistry, Northwest University, China in 1987, and Ph.D of physical chemistry from Lanzhou Institute of Chemical Physics, Chinese Academy of Sciences in 1993. He then went to work as associate professor with World Bank project in Shandong University, China until 1999. He was awarded the Royal Society BP-Amoco Fellowship in 1999, which enabled him to work in the Department of Chemistry, Oxford University.

During his working in Oxford, he has developed various catalyst design and preparation technologies, and became co-founder and Chief Scientific Officer of Oxford Catalysts Ltd, a spin-out company from Oxford University in 2004. The company was floated in the London AIM Market in April 2006 valued at 65 million pounds. After the company operated steadily and moved main operation to USA (Oxford Catalysts Plc acquired Velocys in 2008 and was rebranded as Velocys in 2011)  Tiancun returned to Oxford University, and continued his research in catalysis and clean process in energy and environmental areas.  He has published more than 260 papers and filed more than 40 patents.

In 2017, as the co-founders, Dr Xiao started a new spin-out company, Oxford Sustainable Fuels, where Dr Xiao works as part-time CEO of the company.